What is Home Theater and what does it do for me? 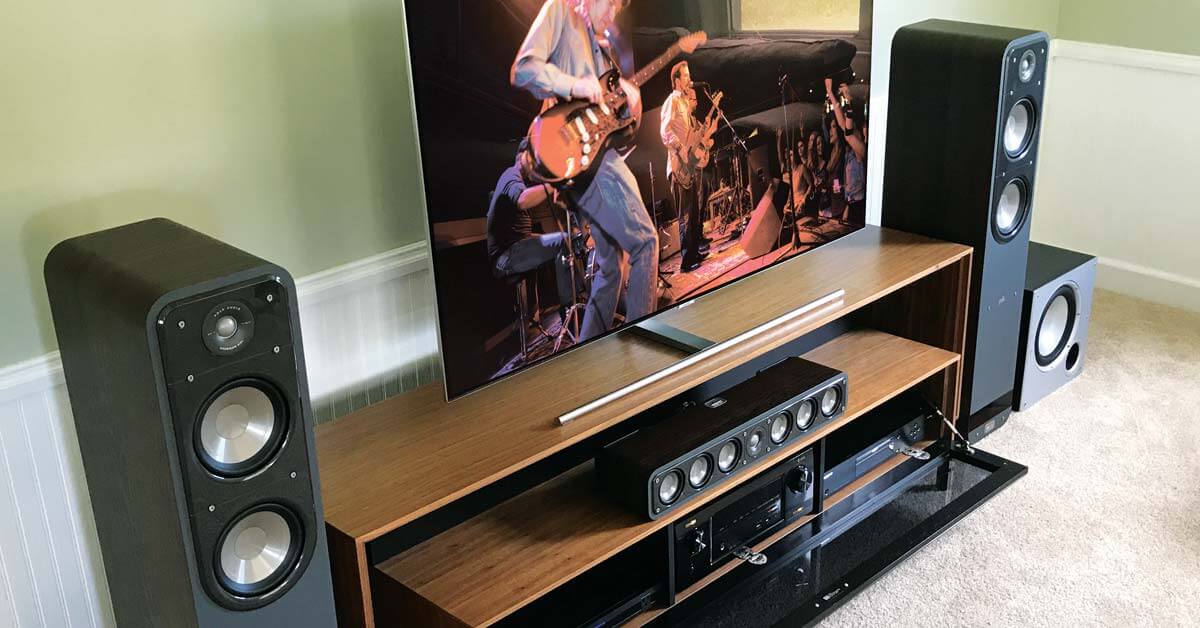 “Home theater” is commonly defined as an audio and video equipment set up in your home that emulates the movie theater experience. In fact, a good home theater setup may actually provide a more impressive experience that many of those small multiplex cinema screens.

How the concept of home theater is applied can vary widely. Many consumers are intimidated by the term “Home Theater”. They think this means a lot of money, equipment, and cables running all over the place. However, with a little planning, assembling your home theater can be easy, resulting in a setup that is organized, functional, and visually pleasing.

At its most complex, you can definitely opt for a custom built home theater that costs tens of thousands of dollars with a high end large screen TV or video projector, Blu-Ray Disc/Ultra HD Blu-ray player(s), a media server, cable/satellite, separate amplifiers for each channel controlled by a master preamp or controller, in-wall speakers, and a couple of subwoofers (some people even include up to four subwoofers in their setup!) that can just about shake down the entire neighborhood.

Practical Home Theater For Everyone

In reality, home theater as actually set up in most homes does not necessarily consist of an expensive custom installation, nor cost a lot of money. A modest home theater set up can be something as simple as a 32 to 55-inch TV, combined with at least a DVD player soundbar, or a Blu-ray Disc player combined with a stereo or home theater receiver, speakers, and a subwoofer.

Also, with plunging prices, upgrading to a large screen LCD, Plasma (discontinued as of 2014 but still in use) (55-inches or larger) TVs, and/or Blu-ray Disc player does not require a big wallet – even a growing number of video projectors are becoming reasonably-priced home theater options. Also, if you have a little more cash, a 4K Ultra HD LED/LCD or OLED TV might be options to consider.

Another option that can be included in a home theater setup is internet streaming. Most TVs and Blu-ray Disc players can also stream TV shows and movies from the internet. Even if you don’t have a TV that has this capability, there are many inexpensive add-on media streamers that can be purchased that provide access to an abundance of internet streaming content, that includes movies, TV shows, user-created content, and music.

You can also use your home theater system as a hub to expand your TV viewing and music listening throughout the house, either by physical or wireless connectivity.

Probably the most confusing part of home theater is even though everything is organized and does what you want, controlling it all can be the real intimidating part. Here you can use a good universal remote control system, a smartphone, or even take advantage of the voice control features of Alexa and Google Assistant.

Whatever type of system you end up with, as long as it provides the entertainment options you need and like, then it is your “Home Theater”. You can have a home theater in just about any room of the house, a small apartment, office, dorm, or even outside.

The option(s) you choose are up to you.

In the final analysis, the application of home theater is intended to provide the consumer with an entertainment option that is suitable for watching TV and movies at home with a little extra excitement than you normally get just watching a plain-old TV by itself.

In fact, for many, going to the local cinema is a distant memory, as it is less expensive and more comfortable to stay at home. Also, with the ever decreasing time between theatrical and broadcast to home video and streaming release, waiting a couple of extra months to watch that big blockbuster movie or TV show is not necessarily a big deal, as long as you avoid spoilers from those that have already seen that content. In addition, for TV shows, there is the fun of “binge-watching” – instead of watching to see the next episode, you can watch several during one viewing period.

By borrowing from both the image and sound technology of the movie theater and adapting it to the home environment, TV and audio manufacturers have provided the consumer the ability to actually approximate the movie theater experience at home, based on the equipment and content access options chosen.