Video Surveillance and the Evolving Needs 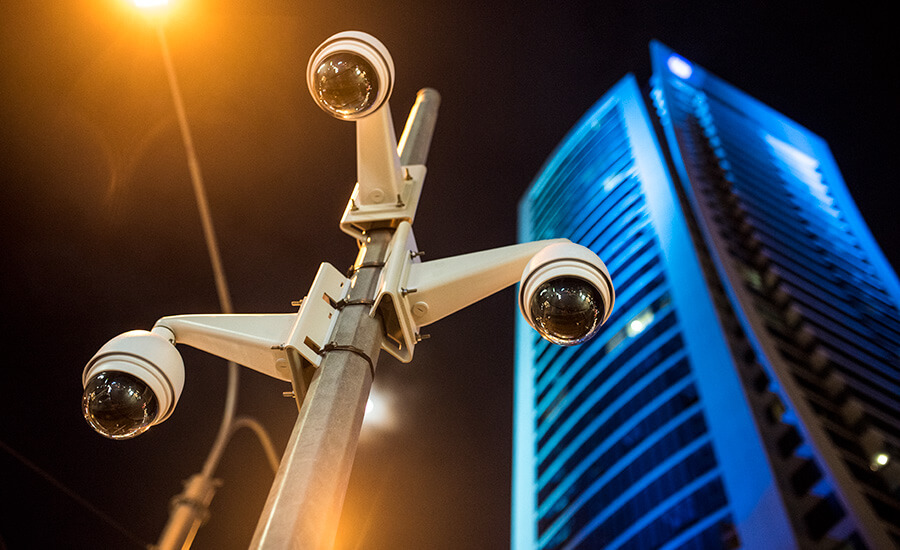 Video Surveillance and the Evolving Needs of the End-User: Update, Integrate, Analyze, Act

Video surveillance has long been a critical component of facility management and security plans, and it is only expected to grow. Being able to use this video surveillance footage in relatively new and helpful ways is becoming more and more important.

The Global Video Surveillance Storage market generated $28.52 billion in 2016 and is projected to grow by 18 percent by 2023. With so many resources being devoted to storing video data, it will be more crucial than ever to maximize returns on that investment by increasing capabilities to use that stored video. Based on the massive amounts of data gathered by surveillance technologies, it is becoming increasingly possible to take informed action grounded in analysis of the information gathered.

Demand for these capabilities is increasing and the market is responding with more innovative video surveillance technology than ever. End-users expect their technologies to protect and optimize their businesses and facilities; however, the path to this transformation is a two-way street. The technologies to support the users’ desired needs exist. It is a matter of investment and proper implementation to arrive at a place of optimization for facility security and operations.

When discussing the improvement of end-user experiences, updating outdated technologies may seem like a rudimentary and even obvious step. However, many facilities still rely on simpler systems such as analog cameras that keep footage only for a limited period of time. A video camera is no longer just a static piece of equipment meant to be monitored in real time. They also do not take the step that many have come to expect of providing actionable insights based on data gathered.

Thirty cameras, during a 24-hour period, throughout 30 days, will record 21,600 hours of video. That is a massive amount of data that goes nowhere and is essentially useless with a ‘traditional’ video surveillance system. There is a real and valuable return to be made in the form of insights that can be gathered from all this data to understanding where customers linger, how to improve workflow and increased security capabilities. These insights can even be monetized for interested parties, such as brands selling products in a store, thereby helping the facility’s bottom line. Updating outdated video surveillance equipment is the first step to unlocking the potential of integration and analytics.

Next Up: Systems Integration

Once systems are updated, it becomes possible to unlock the next steps in the optimization of a facility, resulting in increased overall security and better day-to-day operations.  Integration with other building and security systems such as lighting, HVAC and access control allow for a more complete picture of the “pulse” of the building. It also improves the experience and comfort of occupants, staff and patrons.

Let’s take lighting, for example. There are several ways that lighting and video surveillance can work together—the simple replacement of regular light bulbs with LED bulbs can improve visibility for video surveillance systems, while also driving down energy costs. Add in motion-sensor technology, and the lights and cameras can work to deter intruders and capture their image more effectively for law enforcement. By making these changes, it is no longer on the facility manager to look at grainy, poorly lit footage to try and decipher what is going on in the event of an incident. By integrating lighting and video surveillance, the facility manager is empowered to work smarter, not harder with a basis in intelligent data they can rely on.

The ability to analyze endless hours of video footage in a realistic and intelligent way has completely changed the game. Being able to define search parameters when reviewing footage can turn an hours-long review process into one that takes minutes, saving precious time in the event of an incident and allowing personnel to make the best use of their resources. For example, knowing the gender or clothing color of someone they are hoping to identify and being able to search footage accordingly can shave hours off a search.

By integrating analytics with other systems, such as access control, users can gain insight into things like the flow of occupants through a space and who is attempting to access restricted areas. In addition, these technologies can learn patterns and establish what is the norm for the facility they protect.  When something outside of their learned patterns occurs, such as someone trying to access a building after hours, they can detect it and relay that information, as well.

Security has never been the only use for video surveillance. As analytics are being more widely implemented, operational intelligence gathering has also been affected. Some of the most important uses for video surveillance are improving sales or customer service, examining and managing employee productivity and analyzing customer behavior and patterns. Analytics increase the ability of users to examine traffic flow, wait times, the efficiency of retail floor plans and much more. This information can then be utilized to address vulnerabilities and improve the operations of the facility.

Building on existing video surveillance systems (or implementing them from scratch) gives employees the support from technology they have come to expect in other areas of their life. By prioritizing upgrades and layering in integration and analytic technology, facilities can increase productivity, safety and efficiency, while also seeing significant ROI in the form of valuable, usable data, streamlined operations and a better overall experience. Technology is the first line of defense in many cases, but it can also be a support, enabling security and operations professionals to do their job more effectively and with the knowledge that their actions are driven by data.