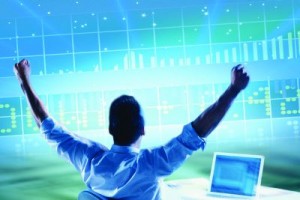 Video surveillance may be one of the most valuable segments in the security industry, but it is not without significant disruption as well as forces that are eroding equipment margins. In the first half of 2014, the sector grew faster than most others in security yet not at the rate analysts forecasted at the beginning of the year.

Imperial Capital estimates the video surveillance equipment market (excluding services, which roughly doubles the market size) grew about 14% to $12.5 billion. Networked video, in particular, continues to grow on a unit basis in the mid-teens to around 20%. Yet for all the gains in unit growth, the industry is increasingly experiencing a falloff in average equipment pricing. It’s difficult to gauge just how much, but the decrease is thought to be in the 5% to 10% range, and perhaps more.

So, are the valuations of higher quality, higher priced vendors taking a hit due (Video Price-Point Pressure) to the low-cost competition in the eyes of public investors? Anecdotal evidence would suggest the answer to be yes for the time being.

Hence, Imperial Capital reasons if a manufacturer depends on cameras alone to drive value to the channel and to the customer, then it makes sense to expect gross margins will indeed come under pressure. “Good enough” is a tough competitive hurdle for higher priced manufacturers to contend with, but a firewall of sorts has materialized in the industry to protect market share and strengthen positioning.

Price becomes much less of an issue for manufacturers and integrators alike if they can provide critical value to the end user through broader video solutions. Solutions, for example, that combine superior clarity, analytics that enhance security measures and business intelligence as well as installation efficiencies for the integrator. Also key, fostering trusted, long-term relationships with channel partners and end users.

Taking this concept even further, those companies that can successfully provide the marketplace with a holistic solution that combines software (VMS, analytics, etc.) and hardware (cameras, storage, etc.) in one integrated system are primed to become leaders in the space. Recent M&A activity (see sidebar) by former standalone companies demonstrates the rise of integrated video solutions.

In the year ahead and beyond, the industry can expect even more consolidation as companies jockey for market share by bringing broader solutions and functionality to bear.

The pricing turmoil is due to competition from China-based firms, namely Hikvision and Dahua but also Infinova, Vivotec and others. These firms are hit-ting a sweet spot by supplying the marketplace with lower-priced cameras that may not include all the feature sets as more expensive brands but are considered good enough by some end users, primarily in the residential and small- to medium-size business markets.