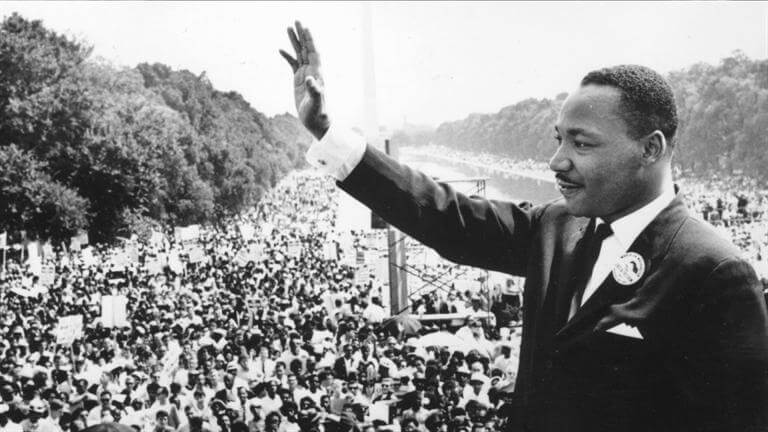 In January of 1983 the then President Ronald Reagan, signed into law the national Martin Luther King, Jr. Holiday. The holiday is a celebration of Dr. King’s immeasurable contribution to the United States, and to mankind.

Martin Luther King, Jr. (January 15, 1929 – April 4, 1968) was an American Baptist minister, activist, humanitarian, and leader in the American Civil Rights Movement. He is best known for his role in the advancement of civil rights using nonviolent civil disobedience based on his Christian beliefs.

Martin Luther King became a civil rights activist early in his career. He led the 1955 Montgomery Bus Boycott and in 1957 helped found the Southern Christian Leadership Conference (SCLC). With the SCLC, King led an unsuccessful 1962 struggle against segregation in Albany, Georgia and helped organize the 1963 nonviolent protests in Birmingham, Alabama. King also helped to organize the 1963 March on Washington, where he delivered his famous “I Have a Dream“ (click the link and view the speech) speech. This heartfelt and moving speech established his reputation as one of the greatest orators in American history.

Martin Luther King Jr. won the Nobel Peace Prize on October 14, 1964, for combating racial inequality through nonviolence. Then in 1965, with the help of others he organize the Selma to Montgomery marches. In the final years of his life, King expanded his focus to include poverty and speak against the Vietnam War, alienating many of his liberal allies with a 1967 speech titled “Beyond Vietnam”.

In 1968, King was planning a national occupation of Washington, D.C., later to be called the Poor People’s Campaign, when he was assassinated in Memphis, Tennessee on April 4th. He was 39 years old at the time of his death.

In the years following his death, King was posthumously awarded the Presidential Medal of Freedom and the Congressional Gold Medal.

The Martin Luther King Holiday would not have been possible without the tireless leadership of his wife Mrs. Coretta Scott King, founder and long-time president of the King Center in Atlanta, Georgia.

The Martin Luther King Holiday is celebrated on the third Monday of January. It is a time when the nation pauses to remember Dr. King’s life, work and to also honor his legacy by making the holiday a day of community service. Many organizations, nationwide, host annual Martin Luther King Day Collective Challenges called “a Day On, Not a Day Off”, where volunteers go out into local communities and help community partners with projects.