The Future of Home Security 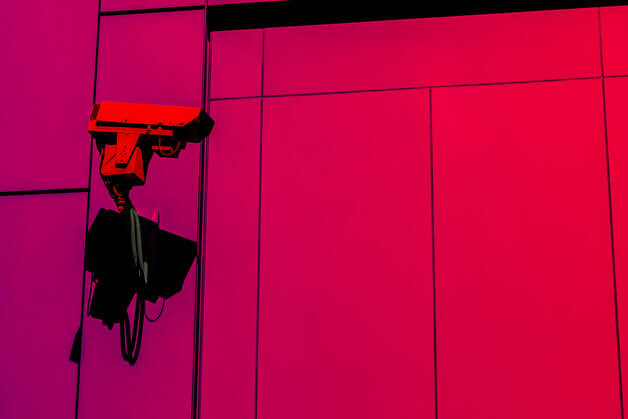 The future of home security: Get ready for sensors and pro-active systems

With the steady march of connected devices invading the home, and a number of companies looking to improve how we secure it, the future of home security is going to change drastically in the next couple of years, whether that is remotely controlling our lighting, seeing inside our house, or merely having sensors on our doors and windows detecting movement.

“Nothing concerns us more than the fear of someone breaking into our own home, yet very few homeowners heed the warnings until it’s too late,” explains Kris Hogg, chairman of CEDIA, the Custom Electronic Design and Installation Association. “A lot of the time monitored alarm systems can be integrated with the very latest hi-tech lighting and automation facilities in order to provide even greater levels of security.”

Those systems include integrating the alarm system with an intelligent lighting system, such as the Lutron Homeworks system, so all the lights in your property will automatically switch on or flash incessantly when an intruder is detected, or setting your lights to randomly come on and off while you are on holiday to fool would-be burglars.

It is not just about integrating security systems with lighting however, although that is a start.

Piper is a camera that monitors your home.

Home security is just one of the areas that connected devices in the home are likely to play a large part, but we are just at the start of the journey according to Jeremy Peterson, GM of Honeywell’s EMEA Home Comfort & Energy Systems division:

“It will become a much more consumer experience. Things like recognising you to disarm the security system will be possible too, and if you look at what’s available now like video monitoring, it will certainly have a place, and we will continue to see those things, but stepping away from the traditional way of looking at security.”

Video monitoring is certainly the rage at the moment with devices like BT’s HomeCam, and Belkin’s WeMo NetCam HD Wi-Fi Camera all offering homeowners the chance to see what’s happening in their house at any given time, as long as you have an internet connection.

If it’s not basic camera offerings, devices like Piper, the successful Indigogo campaign or Canary are products that once plugged in, you can monitor a number of different points of data like movement, temperature or sound, as well as connect to other devices to help you control your lighting through a singleservice.

Where Peterson sees things moving forwards however is sensors, be it cameras, motion detectors, or markers tracking your movement in your home via Bluetooth, Wi-Fi, or GPS. It will mean your home security system will be able to pro-actively work to help you out rather than you having to remember a series of codes.

“The system architectures are going to become a lot more pro-active in making more things possible. The key fob on the wall has a broad audience, but you will continue to see much more flexible and device level security solutions. Those certainly have a lot of room to grow.”

Honeywell, Tado, and Google’s Nest, are all actively using geofencing to help better control intelligent heating systems and Honeywell sees this as just one of the keys to success in improving security in the home too.

In an interview with Pocket-lint, Peterson outlines a future scenario in the home whereby your house will automatically know you are at the front door and unlock the door, or disable the alarm for you:

“What we are working towards is a pro-active approach, but allowing them to craft the system they desire,” said Paterson, before warning that although the company already offers similar solutions to some of its 1.5 million business customers around the world, there is a big difference between providing comfort over security.

“When you start moving from comfort to security, there is less willingness by Honeywell and the consumers to compromise. With door locks, for example, it has to work every time instantly, there is no room for error.”

While many have wondered, including us here at Pocket-lint, why we still don’t have central locking for our house but we do our car, it is understandably, the notion that we could be locked out of our homes simply because the computer as encountered an error would be unforgivable.

“We will do it when are ready rather than trying to be first to market,” added Paterson.

In the meantime we should probably just get used to having intelligent doorbells instead.

i-Bell is one such product hoping to let you see who is at your front door by connecting to your smartphone. The successfully backed Kickstarter Wi-Fi doorbell will notify you when someone is at the door and then let you talk to them via your smartphone even if you aren’t at home. Anyone that does knock automatically gets their photo taken so you’ve got a record of who has visited your house and you can tell them you are in, out, or simply trapped under a large cupboard.

Inside the house and sensors and iBeacon-like technology will be able to help determine where we are and what we are doing.

Lightpad, is an intelligent light switch due to launch in 2015 and will featureBluetooth that can, if you want, track you around the house.

Created by a new company called Plum, the LightPad is packed full of tech and has a capacitive multi-touch interface controlled by a number of gestures, along with a coloured LED on it allowing it to notify you if you have a message, or if something is wrong.

Utz Baldwin, CEO at Plum explains that having Bluetooth in the Lightpad it would mean that when you walked up to your front door, for example, the Lightpad would know you are approaching and then automatically turn on the lights as you walked through the door.

Others are looking to increase the number of sensors in our homes too. Nest’s intelligent smoke detector, Nest Protect, might have received some flack for being recalled, but it too uses a plethora of sensors to better inform the wider system. If carbon monoxide is detected in the house, for example, it turns the boiler off, as long as you’ve also got the company’s thermostat.

Fibaro, takes things even further offering a central hub that numerous sensors can wirelessly connect to. It can track everything from water, smoke, temperature, light, and movement as long as you’ve installed the right sensor.

So should we be prepared to live in a home full of sensors monitoring our every move? We put that question to Paterson at Honeywell:

“Consumers have to make those choices. The knowledge that they are giving up something to benefit themselves will be something they have to weigh up. For systems to make pro-active decisions you will need sensors, there is no real other way around it.”

It’s a belief that Russell Ure, founder of Piper also has:

“I think sensors in the home is only a matter of time,” said the Canadian founder. “To achieve the level of automation that we want, you will need to have technology there to make it all happen. It will be required. As all of this technology becomes more and more capable, we will need more sensors.”

Paterson and Honeywell, don’t see that as a major stumbling block believing that when consumers trust the brand, like he says they already do with the quick adoption of Honeywell’s intelligent heating systems, that they will be happy to accept that to get the new benefits these systems bring, there will have to be some give and take.