The best Wi-Fi Audio speakers and music systems of 2016 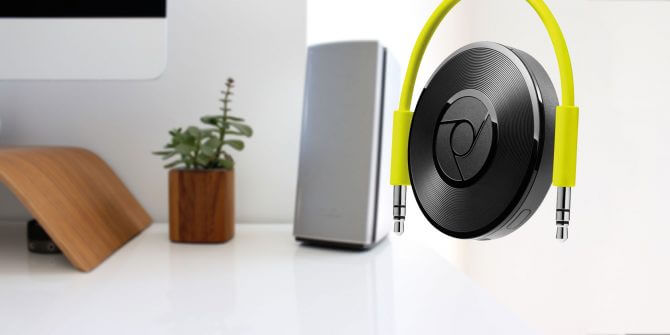 Wireless audio has been around for years, but in the past few years, we’ve seen a big spike in systems and products using Wi-Fi, instead of, or in addition to, Bluetooth. It makes sense, after all: Wi-Fi generally offers better sound quality than Bluetooth, while allowing the same basic convenience of using a smartphone, tablet or PC as a remote control to browse your music collection — or an online subscription or radio service such as Spotify or Pandora.

Sonos has long been the king of the hill in Wi-Fi audio, and it continues to go from strength to strength, with its focus on usability and support for online music services. But the market has been upended by Amazon’s family of Echo speakers, which combine wireless audio with voice control and home automation. Echo’s success has Google following with the similar Home speaker, and Apple may be next to jump into the ring.

But in terms of bang for buck, our favorite Wi-Fi music player remains the diminutive Chromecast Audio from Google. At only $35 (£30 or AU$49), the tiny streamer turns any stereo with an aux-in port into a wireless music system, with multiroom capabilities and 24-bit/96kHz playback for the audiophile crowd. If there were ever a threat to every other company that produces a multiroom system, this is it.

Besides Chromecast, Echo and Sonos, however, there are now — finally — plenty of other viable Wi-Fi audio options. From the Bose SoundTouch system, to Denon HEOS 1 and its optional battery pack, to the Raumfeld One S, Wi-Fi audio options are exploding. That includes plenty of traditional audio/video brands (such as LG and Sony) with sound bars and other devices that are compatible with the Google Cast Wi-Fi audio standard (similar to but frustratingly incompatible with Chromecast, so far).

With all that in mind, here’s a quick overview of the Wi-Fi speaker landscape, including some of the best buying options right now.

In the list below we’ve focused on the individual hardware we like. Before you take the leap, however, keep a few key points in mind:

With those recommendations, caveats and suggestions firmly in place, here are the best Wi-Fi audio products we can recommend right now.

The Chromecast Audio includes multiroom music capabilities, compatibility with Spotify and hi-res audio support across the board. On an Android device, with universal support for any audio app, it’s nearperfect; iOS users, meanwhile, just need to make sure their favorite apps are compatible — thankfully, Spotify, Pandora, iHeartRadio, Google Play Music, Deezer and dozens more make the cut. Those quibbles notwithstanding, it’s the best way we can think of to spend $35 on upgrading your existing home hi-fi. Read the review of the Google Chromecast Audio.

Photo by SonosSonos units are still king of the hill when it comes to a synergy between software and hardware. Sonos apps are easy to use, and the new Play:5 is the company’s best speaker yet. It’s expensive, but if you want set-and-forget sound, this is probably your best bet. Looking for a more affordable option? Check out the smaller Play:1 — or add other sibling products like the Play:3 or the Playbar sound bar for seamless streaming to multiple rooms. Read the review of the Sonos Play:5.

Amazon’s Echo voice-activated speaker started slow in 2014,but has since ramped up to become the standard bearer for a whole new category: the smart speaker. The Echo and its new siblings — Echo Dot and Amazon Tap — can now have over a thousand “skills” that they can handle after the “Alexa” wake word is spoken. On the audio side, things have gotten better too. Besides the ability to stream any Bluetooth audio from a phone or tablet, Echo products are now fully compatible with Spotify’s music service (in addition to TuneIn, Amazon Prime Music, Pandora and others). And the new-for-2016 Echo Dot lets you listen from any speakers or audio system, offering a big improvement over the original Echo’s good-but-not-great sound quality. Read the review of the Amazon Echo | Read the review of the Amazon Echo Dot.

The Bose challenge to Sonos is multiroom-savvy and starts at identical price points, but adds a few additional conveniences. Unlike Sonos, Bose includes dedicated remotes with assignable shortcut buttons. And Bose also supports Bluetooth streaming in addition to Wi-Fi, so — like Echo — it can stream any audio source beyond the built-in services such as Spotify, Pandora, Amazon, Deezer and Sirius XM. We found the entry-level SoundTouch 10 to be a better deal than the SoundTouch 30, which costs two-and-a-half times as much. Read the review of the Bose SoundTouch 10.

Multiroom music in a receiver? Why didn’t anyone else think of that? At a price that’s cheaper than the Sonos amplifier, 2015’s Yamaha RX-V479 offered an excellent home theater receiver and Wi-Fi streaming (plus Bluetooth), along with an easy-to-use app. Add more Yamaha MusicCast products if you want to extend the streaming to more rooms in the house. Read the review of the Yamaha RX-V479 | Read the first take of 2016’s RX-V381

With the addition of the optional battery pack, the HEOS 1 is the first portable, waterproof Wi-Fi speaker we’d recommend. While Google Cast compatibility is still apparently coming and the app could use some work, the Denon sounds good and offers more flexibility than any other speaker at the $299 price. But our enthusiasm doesn’t yet extend to the full HEOS family. Read the review of the Denon HEOS 1.

Sonos, Denon, Yamaha and others make Wi-Fi-compatible sound bars. But LG has been delivering the best combination of sound quality and affordable pricing on its wireless sound bars in recent years. Products like 2015’s LAS751M and 2016’s SH7B (shown above) deliver a fantastic wireless audio feature set, with support for Google Cast and Spotify Connect, along with Bluetooth for good measure. Pair it with other LG Music Flow or Google Cast devices for multiroom support. Read the review of the LG LAS751M | Read the review of the LG SH7B.