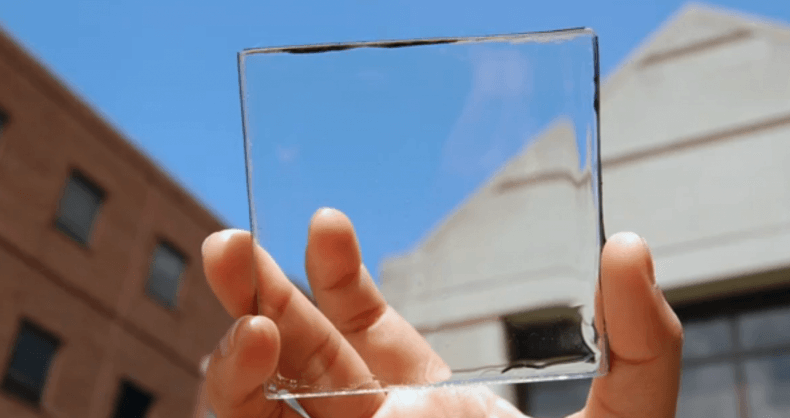 Predicting successful new technologies is a risky business – for every iPad or lightbulb, there’s also a portable travel hammock or an Apple Newton. With that caveat in mind, we’ve collected together a list of the technologies that we think will make a splash next year, and even, in a few cases, change the way we live.

I’ve been predicting that these will be A Big Deal for over a year, and have partly included them because I just think they’re really cool. But as with many new technologies, several sets of researchers are currently working to make transparent solar panels better and cheaper, which means that next year could be the year consumers finally get hold of them. Once on the market, they could invisibly collect solar power on phone and computer screens, and even on windows.

NEW TECHNOLOGIES: A robot to schedule your meetings

Artificial Intelligence still can’t have a totally convincing chat with us, but it’s now sophisticated enough to carry out online customer service, and, as it turns out, be your personal assistant. New app x.ai lets you email “Amy” about a meeting you want to set up, and she liases with you and the other person to find a time that works.

Earlier this year, Apple patented a motion-sensor technology that would let you control your computer by just moving your hands in the air. The technology has been around for a while – HP’s Leap Motion laptop was launched in 2012 – but as we spend more and more time in front of computers, it’s growing ever more appealling. RIP RSI.

NEW TECHNOLOGIES: A hotel in space

Russian company Orbital Technologiesreckons it’ll be sending tourists into space as early as next year. Guests would zoom up to the Commercial Space Station on a rocket, then spend their time in one of the station’s four cabins enjoying zero gravity and watching earth through the ship’s giant portholes. And this is only the beginning:Mashable has totted up nine commercial companies planning to send normal people into space over the next decade or so.

Yes, they’ve been around for ages, but now we have on-the-road testing and the beginnings of a legislative framework for the cars, they could soon be an everyday reality. Google has announced it’s teaming up with Ford to build self-driving vehicles, hinting at large-scale commercial production in the near future.

…and cars that make you better at driving

While self-driving cars are grabbing the headlines, ordinary cars are also stepping up their game. Tesla’s latest in-car software offers a hands-free autopilot mode, while Audi’s Q7 SUV will also brake on behalf of the driver and nudge you back into the correct lane. This type of gradual automation may make fully self-driving cars an easier sell in the long run.

Fish and coral both excrete a compound that protects them from the sun, and for the past five years or so scientists have been working to use these substances in a pill which, when consumed by humans, would offer the same protection. If it works, it could cut rates of sunburn and skin cancer, and spare you from endless bouts of greasy reapplication.

Messaging and voice call service Skype recently released a live translation tool, Japan is trialling a live translation megaphone to use during the 2020 Olympics, and Google’s Translate app translates street signs and real-time conversations. It looks like technology may finally be breaking down the final barrier in worldwide communication.

Improbable as it sounds, a few different companies have developed working prototypes which turn carbon dioxide into a fuel. All rely on sucking CO2 out of the air, then converting it into a diesel fuel, which, amazingly, emits no carbon when burned.