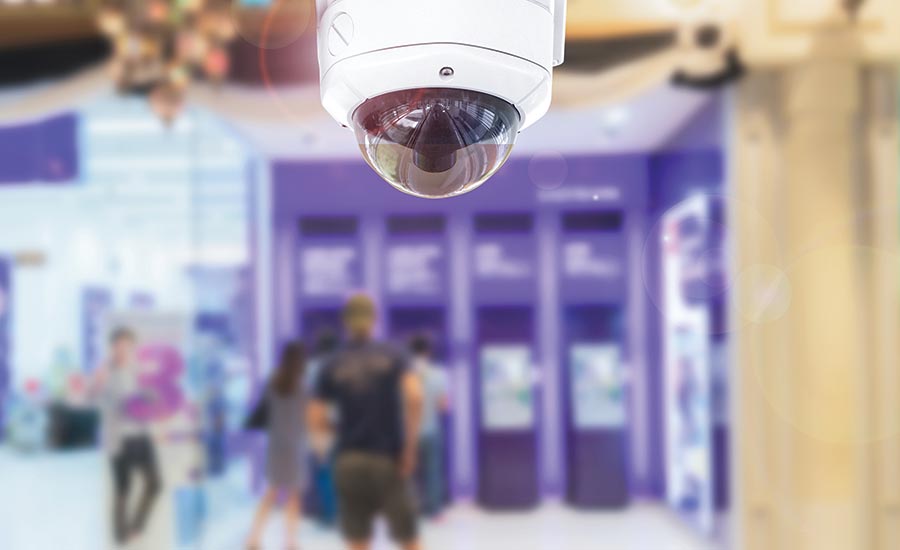 In the retail industry, new features expand the use of video and help to mitigate crime.

A thief broke into one of Fabricio Pareja’s restaurants not long ago, but he didn’t stay long: Just grabbed a few iPads from beside the cash register and bolted. Why the hasty departure?

“He saw the cameras, and he ran away fast,” says Pareja, who owns several South Florida restaurants including Merkado 31 and Chullos. “They aren’t the biggest cameras, but you can see them, and the police told me that was what saved us from having more stolen.”

In retail, the mere presence of video surveillance equipment can be a deterrent: Thieves don’t like being caught on camera. Video has long supported forensics, too, as caught-in-the-act footage helps to win convictions.

Increasingly, though, retail security professionals are finding ways to extend the value of video beyond loss prevention. By leveraging video analytics, high-definition capabilities and other emerging tools, security experts can elevate the value of their investments while applying video across the retail enterprise.

Video analytics refers to a range of interpretive software tools that apply human understanding to create context around video images. If video can help store operators to understand how customers behave, that can be a big value-add, says Jeff Levitt, chair of the ASIS Retail Council.

He points to example to ‘‘dwell time,’’ how long a patron lingers in front of a display. “If the analytics can identify more customers stopping at this display or at that end cap, the marketing department can use that information to look at the use of that space. The analytics can almost give a heat signature to different parts of the store,” he says.

Analytics likewise can help management to adjust staffing levels, using video data to ensure the right employees are in the right places. “You want to make every customer who comes in the door buy something, and the video can drive that,” Levitt says. “If a customer comes in and leaves without a purchase, maybe you see that you also had longer lines at the register, that people just didn’t want to wait. Or they walk to a rack to simply isn’t stocked, and the video can show you that.”

Security professionals stand to benefit from these emerging use cases.

In the past, security cameras and their supporting systems have largely been viewed as a cost center in retail, a necessary pain to be endured. If they can elevate the business value of video across the organization, they can significantly enhance the perceived value of the loss-prevention function.

“When video is no longer just a tool to identify theft, then you can use that to sell senior leaders on the value of it,” says Larry Hartman, Director of Risk Management, Loss Prevention and Safety at Goodwill Industries of Central Florida. “Management can use it for marketing: How many customers leave the building empty handed? And they can also measure employee productivity. Are they standing around, are they not assisting with customer service? All that information adds value.”

At Rent-A-Center, a national chain of consumer goods rental stores, James P. Carr has been looking to leverage the promise of video. As Senior Director of Global Asset Protection, he sees a growing opportunity to use video not just as a theft deterrent, but rather as an operational asset.

He’s used video analytics to count customers in order to help the marketing department plan for peak shopping times, and to help HR determine how best to staff stores. Most recently Rent-A-Center launched a pilot in which security cameras were used to scan store shelves in order to identify out-of-stock items.

The video analytic system then interfaced with the store’s inventory database to determine whether the missing items were on hand. Stores were scored for their operational readiness, and those that didn’t have their available inventory out on display lost points. “Just through driving awareness like that over a 90-day period, we saw a double-digit increase in sales,” Carr says. With support from its technology partner March Networks, the company has now rolled out the system across some 350 locations.

Carr continues to experiment. His latest effort involves using security cameras to take snapshot views of stores just before opening on Fridays and Saturdays, the company’s busiest days. The automated system documents the store setup and fires off images to the district manager via email, giving company leadership an automatic visual update on store readiness. “We’re trying to create a sales-ready environment,” Carr says. “This shows the district manager what his stores look like and whether they are ready to do business.”

The Value of Deterrence

As consumers grow more accustomed to the present of video surveillance, some retailers are putting video front and center. Customers entering the store or standing at the register encounter their own faces emblazoned on video monitors.Some see it as a powerful deterrent.“We had customers walking into the store and seeing themselves on a 52-inch-monitor,” says Larry Hartman, Director of Risk Management, Loss Prevention and Safety for Goodwill Industries of Central Florida. He used customer-facing monitors in a previous position.“I am a firm believer in deterrence,” he says. “I would rather forewarn a person that they are being monitored, because maybe that helps steer someone straight. It won’t prevent a professional shoplifter from doing what they do, but a customer or employee who hasn’t stolen before may think twice if they see a public-view monitor.”Retail experts say there’s value in this line of reasoning.“You look up and you see yourself on the monitor when you walk in. I might walk in and fix my tie. A criminal will walk in and feel he’s already been spotted, and that becomes a deterrent,” says National Retail Federation VP of Loss Prevention Bob Moraca. “At that point it’s an IQ test. They’ve already got your picture. Are you still going to take something?”

The expanding utility of video surveillance is largely the result of technological enhancements. “Everything is so much more powerful,” says Bob Moraca, VP of Loss Prevention at the National Retail Federation. He points to a number of powerful capabilities that have helped to boost the value of the video surveillance system.

The shift from pan-tilt-zoom to the bubble camera has widened the field of view, but that’s just the beginning. “The video recordings have more pixels than were imaginable before. The clarity is beyond anything we ever had,” he says. “You can zoom in really close to a quadrant of an image and get a totally clear picture.”

That gives security professionals the ability to get a fine-resolution view of specific activities (i.e. goods slipping into pockets), and also can help to positively identify perpetrators. Clarity reduces fraud, too, for example by making it clear when a slip-and-fall incident did or did not actually occur.

Moraca also points to analytics as a powerful back-room theft deterrent. By empowering these systems to recognize normal behavior patterns, it’s possible to leverage video as a way to highlight abnormal activity.

“You’ve got your storeroom where all your inventory sits, hundreds of thousands of dollars’ worth of product. Everybody enters through these two doors and leaves through these doors,” he says. “Then you set the video analytics and if it sees someone come out the ‘in’ door, the system will catch that and alert someone. Or you can say: No one goes through these doors from midnight to 5 in the morning. If someone does go through, it registers the anomaly.”

Looking ahead, some see data integration as the next big area of interest for security professionals looking to make the most of video, in much the same way that Carr linked Rent-A-Center’s cameras to the inventory system to monitor out-of-stock situations.

At Womack Restaurants, a Popeyes franchisee with restaurants in multiple states, IT Director James Eddy has partnered with ERC Hospitality Technology Solutions to integrate the video feed with the Point-of-Sale system as a way to keep employees honest.

“You might be investigating a transaction where the food cost seems suspiciously high, like someone is giving away food. In the past we used to have to search a POS database separately from the video, and then piece them together,” he says.

“Today all the POS data is within the video, so I can look at the POS and pull up all the returns or voided transactions or discounts for a given day, and immediately play the video associated with that return. In just a couple of minutes I can see what was going on and see whether it was legitimate,” he says. “Because the systems are synched, you have 100-percent assurance that the transactions occurred when the video occurred.”

Given the increasing importance of analytics, some experts urge retail security leaders to expand their horizons when seeking personnel to support these systems.

“The usual ex-law enforcement folks are good for getting people arrested and writing reports, but this takes someone with a more analytical skill set,” said NRF’s Moraca. “The best people for this type of job are auditors, people who are used to looking at things in detail and making sure people are following protocols. That’s a different skill set from your typical store detective.”