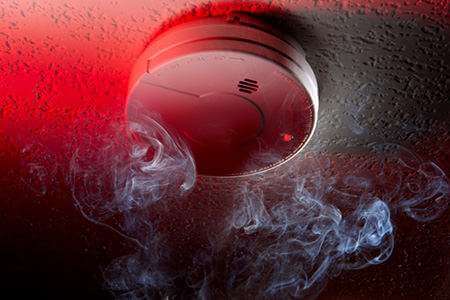 Between 2016 and 2020 the residential market for smoke detectors will grow, according to a recent Technavio report, and technological trends in the market will shift dramatically.

“The market size for the residential smoke detector market, specifically for the U.S., stands … close to around $400 million,” Sayani Roy, Technavio industry analyst, told Security Systems News. “By 2020, it is expected to hit around $600 million,” she said. Technavio is estimating a roughly 7 percent CAGR for the period, Roy said.

Roy pointed to three key market geographies: Texas, California and Florida. “Texas comprises around 15 percent of the … new demand for smoke detectors, we are not including replacement demand here,” she said. “The rise in residential construction in the state is one of the primary reasons [for this growth].”

California makes up 8.9 percent of the total U.S. market share. “The reason for the growth of smoke detectors in California is … increasing multi-family housing construction projects.”

The market in Florida will grow due to a law that mandates the use of smoke detectors, as well as numerous housing projects in the state. Florida has a 7.7 percent share of the market.

The type of smoke detectors being installed will change over this period, Roy said. The report segments the market into three key detection technologies: ionization, photoelectric and dual sensor.

Ionization-based detectors are most prevalent now, but will drop considerably over this time period, according to Roy. “The market for ionization-type smoke detectors will actually decelerate at a negative CAGR of around 10.85 percent.”

Replacing ionization detectors with either photo-electric or dual-sensor detectors will be a factor in the growth of the market over this period. New construction of residential buildings will increase the market.

Fire-related deaths have been declining mostly due to increased use of smoke detectors, Roy said, and certain detectors are better suited for life safety. “The cause [of] fire deaths is mostly from smoldering fires, which can only be detected by these photoelectric or the dual sensors,” she said.

Roy gave another example of government involvement in the market: The city of South Bend, Ind., is considering an initiative to give homeowners two free smoke detectors.

By 2020, photoelectric detectors will be most prevalent, but the dual-sensor market share is also increasing, Roy noted.

These market shares will remain mostly the same to 2020, Roy said, with a slight decrease in battery-powered detectors.

Integration of detectors into the smart home will be an opportunity for installers in this market, Roy said, such as integration with home energy management systems.

“Integration with the IoT … is expected to open new avenues for the market in terms of revenue,” she said. This trend is in a very early phase, Roy said, and a lot of activity is expected in the next five years.

Among smoke detector manufacturers, Kidde leads the market with 25 percent of the total market, followed by BRK, Honeywell and Siemens, according to Roy.