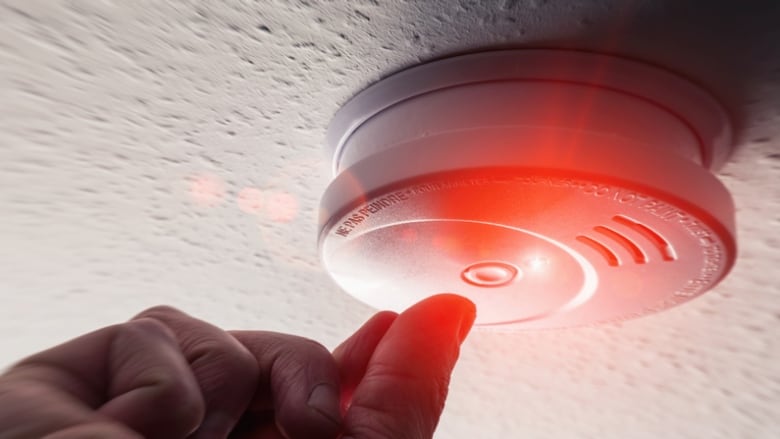 A smoke alarm is critical for the early detection of a fire in your home and could mean the difference between life and death. Fires can occur in a variety of ways and in any room of your home. But no matter where or how, having a smoke alarm is the first key step toward your family’s safety. This document is intended to inform you about some of the safety aspects and the importance of having and maintaining working smoke alarms; it is not all-inclusive. Why is a Smoke Alarm Important? Every year in the United States, about 2,000 people lose their lives in residential fires. In a fire, smoke and deadly gases tend to spread farther and faster than heat. That’s one reason why most fire victims die from inhalation of smoke and toxic gases, not from burns. A majority of fatal fires happen when families are asleep because occupants are unaware of the fire until there is not adequate time to escape. A smoke alarm stands guard around the clock, and when it first senses smoke, it sounds a shrill alarm. This often allows a family the precious, but limited, the time needed to escape. About two-thirds of home fire deaths occur in homes with no smoke alarms or no working smoke alarms. Properly installed and maintained smoke alarms are considered to be one of the best and least expensive means of providing an early warning of a potentially deadly fire and could reduce by almost half the risk of dying from a fire in your home. Where Should Smoke Alarms be
Installed? Smoke alarms should be installed on every level of the home, outside sleeping areas, and inside bedrooms, A smoke alarm should be installed and maintained according to the manufacturer’s instructions. When installing a smoke alarm, many factors influence where you will place the alarm, including how many are to be installed. Consider placing alarms along your escape path to assist in egress in limited-visibility
conditions. In general, you should place alarms in the center of a ceiling or, if you place them on a wall, they should be near the ceiling.

A Smoke alarm should be on every level, and in each sleeping room, and outside the sleeping area Replace batteries every year Replace smoke alarms every 10 years Which Smoke Alarm to Install? Guide to selecting the smoke alarms to protect you and your family Because both ionization and photoelectric smoke alarms are better at detecting distinctly different yet potentially fatal fires, and because homeowners cannot predict what type of fire might start in a home, the CPSC staff recommends using these guidelines to help best protect your family:
CPSC staff recommends the following:

What Are The Differences in Smoke Alarm Types?
Although there are several choices to make in selecting the right smoke alarms to buy, the most
important thing to remember is that smoke alarms save lives. For that reason, you should install a
smoke alarm if your home does not have one. Installing additional smoke alarms throughout the
house provides greater protection.

Smoke alarms may contain different or multiple sensors There are two main types of smoke alarms, which are categorized by the type of smoke detection sensor, ionization and photoelectric, used in the alarm. Each type of smoke alarm may perform differently in different types of fires. A smoke alarm may use multiple sensors, sometimes with a heat detector or carbon monoxide detector, to warn of a fire. Ionization detectors contain a chamber with two plates that generate a small, continuous electric current. When smoke particles enter the ionization chamber, the smoke particles disrupt the current flow, which triggers the alarm.

Photoelectric detectors use a light beam and light receptor (photocell). When smoke particles are present between the light and receptor, depending on the type of smoke chamber configuration, the reduction or increase of light on the photocell sensor triggers the alarm. Smoke alarms may perform differently Both ionization and photoelectric detectors are effective smoke sensors, and even though both types of smoke detectors must pass the same tests to be certified to the voluntary standard for smoke alarms, they can perform differently in different types of fires. Ionization detectors respond quickly to flaming fires that give off heat and hot gases with smaller (sub-micron) combustion particles; photoelectric detectors respond more quickly to smoldering fires that give off larger combustion particles. There are combination smoke alarms that combine ionization and photoelectric detectors into one unit, called dual sensor smoke alarms The amount of time a person may have to escape depends on many factors, such as the type of fire,
location of the fire, and the closest smoke alarm.