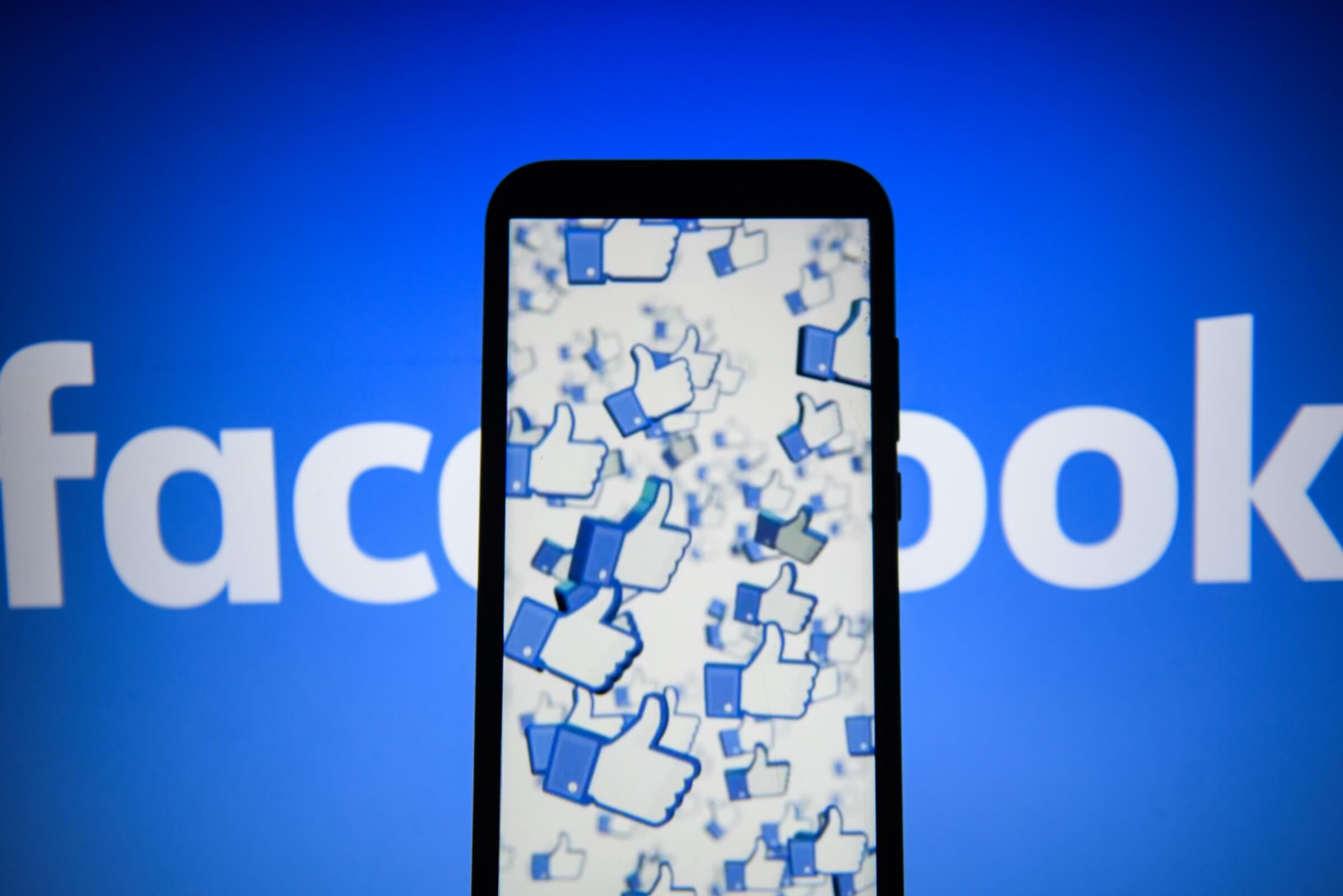 Facebook is making a new and stronger commitment to privacy. Last month, the company hired three of its most vociferouscritics and installed them in senior technical positions. And on Wednesday, Mark Zuckerberg wrote that the company will pivot to focus on private conversations over the public sharing that has long defined the platform, even while conceding that “frankly we don’t currently have a strong reputation for building privacy protective services.”

There is ample reason to question Zuckerberg’s pronouncement: The company has made — and broken — many privacy promises over the years. And if you read his 3,000-word post carefully, Zuckerberg says nothing about changing Facebook’s surveillance capitalism business model. All the post discusses is making private chats more central to the company, which seems to be a play for increased market dominance and to counter the Chinese company WeChat.

In security and privacy, the devil is always in the details — and Zuckerberg’s post provides none. But we’ll take him at his word and try to fill in some of the details here. What follows is a list of changes we should expect if Facebook is serious about changing its business model and improving user privacy.

Increased transparency over advertiser and app accesses to user data

Today, Facebook users can download and view much of the data the company has about them. This is important, but it doesn’t go far enough. The company could be more transparent about what data it shares with advertisers and others and how it allows advertisers to select users they show ads to. Facebook could use its substantial skills in usability testing to help people understand the mechanisms advertisers use to show them ads or the reasoning behind what it chooses to show in user timelines. It could deliver on promises in this area.

Facebook users have limited control over how their data is shared with other Facebook users and almost no control over how it is shared with Facebook’s advertisers, which are the company’s real customers. Moreover, the controls are buried deep behind complex and confusing menu options. To be fair, some of this is because privacy is complex, and it’s hard to understand the results of different options. But much of this is deliberate; Facebook doesn’t want its users to make their data private from other users.

The company could give people better control over how — and whether — their data is used, shared, and sold. For example, it could allow users to turn off individually targeted news and advertising. By this, we don’t mean simply making those advertisements invisible; we mean turning off the data flows into those tailoring systems. Finally, since most users stick to the default options when it comes to configuring their apps, a changing Facebook could tilt those defaults toward more privacy, requiring less tailoring most of the time.

“Facebook stalking” is often thought of as “stalking light,” or “harmless.” But stalkers are rarely harmless. Facebook should acknowledge this class of misuse and work with experts to build tools that protect all of its users, especially its most vulnerable ones. Such tools should guide normal people away from creepiness and give victims power and flexibility to enlist aid from sources ranging from advocates to police.

Facebook’s real-names policy, requiring people to use their actual legal names on the platform, hurts people such as activists, victims of intimate partner violence, police officers whose work makes them targets, and anyone with a public persona who wishes to have control over how they identify to the public. There are many ways Facebook can improve on this, from ending enforcement to allowing verifying pseudonyms for everyone — not just celebrities like Lady Gaga. Doing so would mark a clear shift.

One of the hard things about evaluating Facebook is the effort needed to get good information about its business practices. When violations are exposed by the media, as they regularly are, we are all surprised at the different ways Facebook violates user privacy. Most recently, the company used phone numbers provided for two-factor authentication for advertising and networking purposes. Facebook needs to be both explicit and detailed about how and when it shares user data. In fact, a move from discussing “sharing” to discussing “transfers,” “access to raw information,” and “access to derived information” would be a visible improvement.

Facebook makes choices about what content is acceptable on its site. Those choices are controversial, implemented by thousands of low-paid workersquickly implementing unclear rules. These are tremendously hard problemswithout clear solutions. Even obvious rules like banning hateful words run into challenges when people try to legitimately discuss certain important topics. Whatever Facebook does in this regard, the company needs be more transparent about its processes. It should allow regulators and the public to audit the company’s practices. Moreover, Facebook should share any innovative engineering solutions with the world, much as it currently sharesits data center engineering.

There have been numerous examples of attackers targeting cloud service platforms to gain access to user data. Facebook has a large and skilled product security team that says some of the right things. That team needs to be involved in the design trade-offs for features and not just review the near-final designs for flaws. Shutting down a feature based on internal security analysis would be a clear message.

Facebook eavesdrops on almost every aspect of its users’ lives. On the other hand, WhatsApp — purchased by Facebook in 2014 — provides users with end-to-end encrypted messaging. While Facebook knows who is messaging whom and how often, Facebook has no way of learning the contents of those messages. Recently, Facebook announced plans to combine WhatsApp, Facebook Messenger, and Instagram, extending WhatsApp’s security to the consolidated system. Changing course here would be a dramatic and negative signal.

There is a trade-off between Facebook seeing less and Facebook doing more to prevent hateful and inflammatory speech. Dozens of people have been killed by mob violence because of fake news spread on WhatsApp. If Facebook were doing a convincing job of controlling fake news without end-to-end encryption, then we would expect to hear how it could use patterns in metadata to handle encrypted fake news.

Where companies spend their money tells you what matters to them. Facebook has a large and important growth team, but what team, if any, is responsible for privacy, not as a matter of compliance or pushing the rules, but for engineering? Transparency in how it is staffed relative to other teams would be telling.

Facebook’s current team has been focused on growth and revenue. Its one chief security officer, Alex Stamos, was not replaced when he left in 2018, which may indicate that having an advocate for security on the leadership team led to debate and disagreement. Retaining a voice for security and privacy issues at the executive level, before those issues affected users, was a good thing. Now that responsibility is diffuse. It’s unclear how Facebook measures and assesses its own progress and who might be held accountable for failings. Facebook can begin the process of fixing this by designating a senior executive who is responsible for trust.

Much of Facebook’s posturing seems to be an attempt to forestall regulation. Facebook sends lobbyists to Washington and other capitals, and until recentlythe company sent support staff to politician’s offices. It has secret lobbying campaigns against privacy laws. And Facebook has repeatedly violated a 2011 Federal Trade Commission consent order regarding user privacy. Regulating big technical projects is not easy. Most of the people who understand how these systems work understand them because they build them. Societies will regulate Facebook, and the quality of that regulation requires real education of legislators and their staffs. While businesses often want to avoid regulation, any focus on privacy will require strong government oversight. If Facebook is serious about privacy being a real interest, it will accept both government regulation and community input.

User privacy is traditionally against Facebook’s core business interests. Advertising is its business model, and targeted ads sell better and more profitably — and that requires users to engage with the platform as much as possible. Increased pressure on Facebook to manage propaganda and hate speech could easily lead to more surveillance. But there is pressure in the other direction as well, as users equate privacy with increased control over how they present themselves on the platform.

We don’t expect Facebook to abandon its advertising business model, relent in its push for monopolistic dominance, or fundamentally alter its social networking platforms. But the company can give users important privacy protections and controls without abandoning surveillance capitalism. While some of these changes will reduce profits in the short term, we hope Facebook’s leadership realizes that they are in the best long-term interest of the company.

Facebook talks about community and bringing people together. These are admirable goals, and there’s plenty of value (and profit) in having a sustainable platform for connecting people. But as long as the most important measure of success is short-term profit, doing things that help strengthen communities will fall by the wayside. Surveillance, which allows individually targeted advertising, will be prioritized over user privacy. Outrage, which drives engagement, will be prioritized over feelings of belonging. And corporate secrecy, which allows Facebook to evade both regulators and its users, will be prioritized over societal oversight. If Facebook now truly believes that these latter options are critical to its long-term success as a company, we welcome the changes that are forthcoming.