New Network Technologies To Keep An Eye On 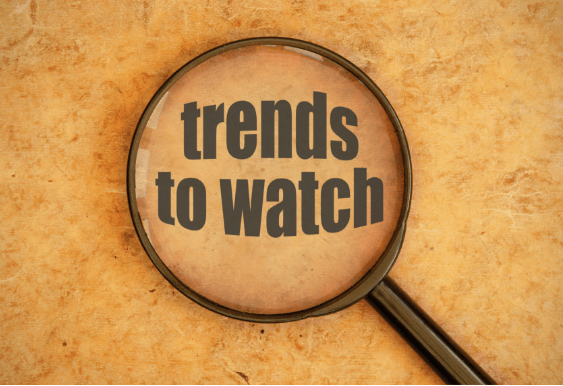 The Internet of Things, or IoT, could be one of the most sweeping technological changes of our lifetime, and it’s getting a lot of attention from analysts and the press. In a nutshell, IoT involves installing chips, sensors, and software in a wide variety of objects and then connecting those objects to the Internet. The connected objects might include home appliances, wearable devices, vehicles, thermostats, locks or even small adhesive tags that could be used to track anything.

Manufacturers have already begun rolling out smartwatches, fitness trackers and smart home devices, but this is just the first wave. Analysts suggest that by 2018, there will be 22 billion IoT devices installed. For enterprises, the IoT could represent new ways to communicate with customers, new ways to track employees, and a host of other opportunities. The challenge for IT will be finding ways to store and analyze all the data generated by these new smart devices.

Since the dawn of the computing era, scientists have been fascinated by the idea of artificial intelligence, and today that idea is becoming reality. Several companies, including IBM, Facebook, Google, Apple and Microsoft are investing in machine learning and or cognitive computing research. These systems function more like the human brain than traditional computer systems. They are able to understand natural language, to identify and categorize the content of images and video, and to make educated guesses and hypotheses in response to questions.

As cyberattacks against large companies continue to succeed with alarming regularity, it is becoming apparent that the existing security measures at most enterprises are inadequate to keep up with the rapidly evolving nature of attacks. Gartner recommends that organizations move to an “adaptive security” model that uses predictive analytics to anticipate where attackers will strike next.

According to Gartner, “Relying on perimeter defense and rule-based security is inadequate, especially as organizations exploit more cloud-based services and open APIs for customers and partners to integrate with their systems.” The research firm said that adaptive security will be one of the top 10 strategic technology trends for 2016 and added, “Application self-protection, as well as user and entity behavior analytics, will help fulfill the adaptive security architecture.”

VR and AR offer unique opportunities for consumer entertainment, particularly in regards to gaming, but some industry watchers think that VR and AR will have an even bigger impact on enterprises. Companies could use the headsets for design work, engineering, construction, training and communications. Microsoft, in particular, seems to be targeting its HoloLens augmented reality device at this market.

At this point, cloud computing is hardly new, but this is one trend that isn’t going away any time soon. IDC predicts that by 2018, half of IT spending will be cloud-based. Many organizations are overcoming their security and compliance concerns and embracing the cloud wholeheartedly.

This year, analysts and vendors suggest that hybrid cloud computing models will come to the fore. Look for software makers to release a new crop of tools designed to improve cloud interoperability and automate management of the hybrid cloud.

Consumers have grown accustomed to using voice-activated assistants like Siri or Google Now on their mobile devices, but personal assistants are moving into the enterprise. With the launch of Windows 10, Microsoft put its Cortana assistant onto desktops and laptops, and other companies are likely to follow suit.

In the coming year, analysts expect these personal assistants to get much smarter, thanks to developments in machine learning and cognitive computing. Researchers at MIT, the University of Texas at Austin, and making strides with this technology, which could find its way into enterprise products in the near future.