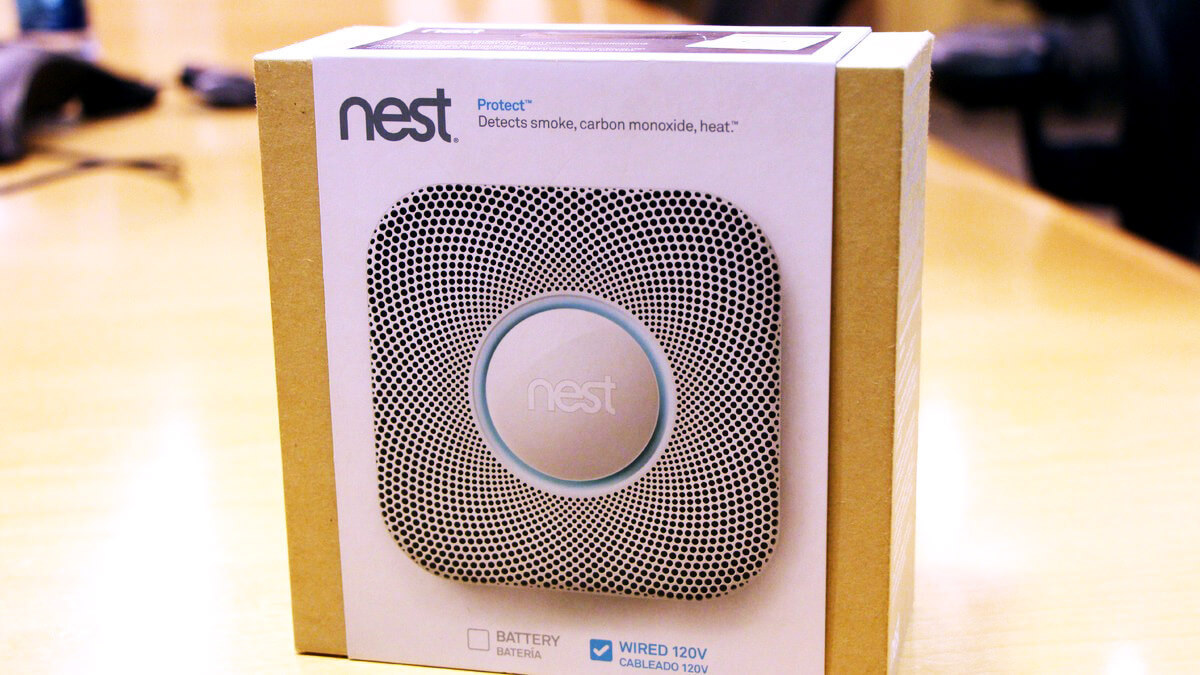 When smoke alarms aren’t beeping, they often fade into the background of our homes; we rarely check to make sure they’re in working order. So when you remove the batteries to stop the beeping over some extra-crispy cookies, you might forget to replace them and consequently miss an important alert.

The Nest smart smoke detector, from the same creator as the smart thermostat, is a new smart smoke detector and CO detector that actually isn’t annoying. At $129 per unit, the Protect is designed to produce fewer false alarms and avoid that low-battery beep at 2 a.m.; each Nest Protect is connected to your home’s wireless network and to one other through another private network.

“This is a product that the government mandates that you have to have, that you need to help keep you safe,” Nest Founder and CEO Tony Fadell told Mashable. “Yet everyone has a story about how these things that are supposed to keep you safe are so annoying.”

When Protect notices smoke or CO levels rising, it gives you a verbal “heads up” about the issue. Since each Nest Protect in your home is networked together, that heads-up is specific not only to the type of alert but also to the problematic area.

For instance, if you leave the oven on, each Protect in your home might say, “Heads up, there’s smoke in the kitchen” — an especially useful setting if you’re upstairs and didn’t realize you forgot to turn it off.

You can wave your hand in front of the smart smoke detector to dismiss the beeping — essentially, like pressing snooze on an alarm. As long as the situation doesn’t worsen, then your smoke alarms will never sound.

For severe issues, Protect may opt to bypass the “heads up” warning and simply sound the alarm.

In the dark, the Nest smart smoke detector glows green to let you know it is functioning properly, and built-in motion sensors turn the detectors into a nightlight of sorts. During the day, the motion sensors work alongside the Nest thermostat to optimize its “away” feature.

A mobile app provides low-battery alerts for individual units and sends push notifications for “heads up” and emergency alarm notifications while you’re away from home. In the event of an emergency, the app has one-button access to an emergency number, as well as basic emergency preparedness instructions.

In this case, Nest alarms will not only beep; it will speak aloud, too.

“We have a British-English mother, a French-Canadian mother, a Canadian-English mother … We wanted to make sure we went to that level of detail to get it right for the specific region,” he said.

After the Protect goes off, the device will check itself to ensure everything is working properly — removing yet another step for the user. In fact, Protect tests itself every 10 minutes, so you know the device is always in working order.

Faddell says the company originally launched two years ago with the whole home — not just thermostats — in mind. Nest products are now available in more than 5,000 retailers, including the recent addition of Target.

“We’re here a lot faster than we thought,” Faddell said. Already a fast-growing business, the Protect has the potential to accelerate that growth even further.

Nest Protect will be available in November at Amazon Best Buy, Home Depot and Apple stores. The smoke detector will be sold in both a wires and battery-powered version and will be priced at $129 per unit.