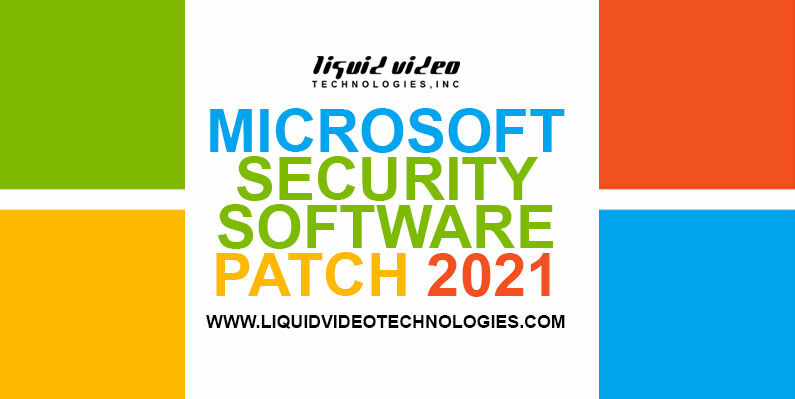 Microsoft today rolled out updates to plug at least 56 security holes in its Windows operating systems and other software. One of the bugs is already being actively exploited, and six of them were publicized prior to today, potentially giving attackers a head start in figuring out how to exploit the flaws.
Nine of the 56 vulnerabilities earned Microsoft’s most urgent “critical” rating, meaning malware or miscreants could use them to seize remote control over unpatched systems with little or no help from users.
The flaw being exploited in the wild already — CVE-2021-1732 — affects Windows 10, Server 2016 and later editions. It received a slightly less dire “important” rating and mainly because it is a vulnerability that lets an attacker increase their authority and control on a device, which means the attacker needs to already have access to the target system.
Two of the other bugs that were disclosed prior to this week are critical and reside in Microsoft’s .NET Framework, a component required by many third-party applications (most Windows users will have some version of .NET installed).
Windows 10 users should note that while the operating system installs all monthly patch roll-ups in one go, that rollup does not typically include .NET updates, which are installed on their own. So when you’ve backed up your system and installed this month’s patches, you may want to check Windows Update again to see if there are any .NET updates pending.
A key concern for enterprises is another critical bug in the DNS server on Windows Server 2008 through 2019 versions that could be used to remotely install software of the attacker’s choice. CVE-2021-24078 earned a CVSS Score of 9.8, which is about as dangerous as they come.
Recorded Future says this vulnerability can be exploited remotely by getting a vulnerable DNS server to query for a domain it has not seen before (e.g. by sending a phishing email with a link to a new domain or even with images embedded that call out to a new domain). Kevin Breen of Immersive Labs notes that CVE-2021-24078 could let attackers steal loads of data by altering the destination for an organization’s web traffic — such as pointing internal appliances or Outlook email access at a malicious server.
Windows Server users also should be aware that Microsoft security this month is enforcing the second round of security improvements as part of a two-phase update to address CVE-2020-1472, a severe vulnerability that first saw active exploitation back in September 2020.
The vulnerability, dubbed “Zerologon,” is a bug in the core “Netlogon” component of Windows Server devices. The flaw lets an unauthenticated attacker gain administrative access to a Windows domain controller and run any application at will. A domain controller is a server that responds to security authentication requests in a Windows environment, and a compromised domain controller can give attackers the keys to the kingdom inside a corporate network.
Microsoft’s initial patch for CVE-2020-1472 fixed the flaw on Windows Server systems but did nothing to stop unsupported or third-party devices from talking to domain controllers using the insecure Netlogon communications method. Microsoft security said it chose this two-step approach “to ensure vendors of non-compliant implementations can provide customers with updates.” With this month’s patches, Microsoft security will begin rejecting insecure Netlogon attempts from non-Windows devices.
A couple of other, non-Windows security updates are worth mentioning. Adobe today released updates to fix at least 50 security holes in a range of products, including Photoshop and Reader. The Acrobat/Reader update tackles a critical zero-day flaw that Adobe says is actively being exploited in the wild against Windows users, so if you have Adobe Acrobat or Reader installed, please make sure these programs are kept up to date.
There is also a zero-day flaw in Google’s Chrome Web browser (CVE-2021-21148) that is seeing active attacks. Chrome downloads security updates automatically, but users still need to restart the browser for the updates to fully take effect. If you’re a Chrome user and notice a red “update” prompt to the right of the address bar, it’s time to save your work and restart the browser.
Standard reminder: While staying up-to-date on Windows patches is a must, it’s important to make sure you’re updating only after you’ve backed up your important data and files. A reliable backup means you’re less likely to pull your hair out when the odd buggy patch causes problems booting the system.
So do yourself a favor and backup your files before installing any patches. Windows 10 even has some built-in tools to help you do that, either on a per-file/folder basis or by making a complete and bootable copy of your hard drive all at once.
Keep in mind that Windows 10 by default will automatically download and install updates on its own schedule. If you wish to ensure Windows has been set to pause updating so you can back up your files and/or system before the operating system decides to reboot and install patches, see this guide.
And as always, if you experience glitches or problems installing any of these patches this month, please consider leaving a comment about it below; there’s a better-than-even chance other readers have experienced the same and may chime in here with some helpful tips.

Article Provided By: Krebs on Security