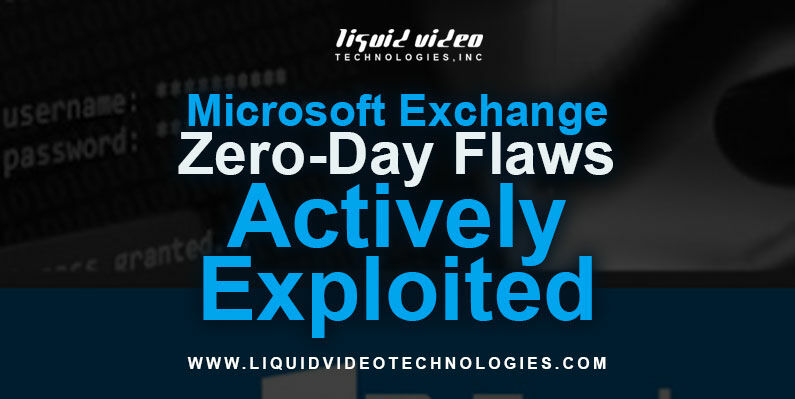 Microsoft has released emergency patches to address four previously undisclosed security flaws in Exchange Server that it says are being actively exploited by a new Chinese state-sponsored threat actor with the goal of perpetrating data theft.
Describing the attacks as “limited and targeted,” Microsoft Threat Intelligence Center (MSTIC) said the adversary used these vulnerabilities to access on-premises Exchange servers, in turn granting access to email accounts and paving the way for the installation of additional malware to facilitate long-term access to victim environments.
The tech giant primarily attributed the campaign with high confidence to a threat actor it calls HAFNIUM, a state-sponsored hacker collective operating out of China, although it suspects other groups may also be involved.
Discussing the tactics, techniques, and procedures (TTPs) of the group for the first time, Microsoft paints HAFNIUM as a “highly skilled and sophisticated actor” that mainly singles out entities in the U.S. for exfiltrating sensitive information from an array of industry sectors, including infectious disease researchers, law firms, higher education institutions, defense contractors, policy think tanks and NGOs.
HAFNIUM is believed to orchestrate its attacks by leveraging leased virtual private servers in the U.S. in an attempt to cloak its malicious activity.
The three-stage attack involves gaining access to an Exchange Server either with stolen passwords or by using previously undiscovered vulnerabilities, followed by deploying a web shell to control the compromised server remotely. The last link in the attack chain makes use of remote access to plunder mailboxes from an organization’s network and export the collected data to file sharing sites like MEGA.
To achieve this, as many as four zero-day vulnerabilities discovered by researchers from Volexity and Dubex are used as part of the attack chain —

Although the vulnerabilities impact Microsoft Exchange Server 2013, Microsoft Exchange Server 2016, and Microsoft Exchange Server 2019, Microsoft said it’s updating Exchange Server 2010 for “Defense in Depth” purposes.
Furthermore, since the initial attack requires an untrusted connection to Exchange server port 443, the company notes that organizations can mitigate the issue by restricting untrusted connections or by using a VPN to separate the Exchange server from external access.
Microsoft, besides stressing that the exploits were not connected to the SolarWinds-related breaches, said it has briefed appropriate U.S. government agencies about the new wave of attacks. But the company didn’t elaborate on how many organizations were targeted and whether the attacks were successful.
Stating that the intrusion campaigns appeared to have started around January 6, 2021, Volexity cautioned it has detected active in-the-wild exploitation of multiple Microsoft Exchange vulnerabilities used to steal email and compromise networks.
“While the attackers appear to have initially flown largely under the radar by simply stealing emails, they recently pivoted to launching exploits to gain a foothold,” Volexity researchers Josh Grunzweig, Matthew Meltzer, Sean Koessel, Steven Adair, and Thomas Lancaster explained in a write-up.
“From Volexity’s perspective, this exploitation appears to involve multiple operators using a wide variety of tools and methods for dumping credentials, moving laterally, and further backdooring systems.”
Aside from the patches, Microsoft Senior Threat Intelligence Analyst Kevin Beaumont has also created a nmap plugin that can be used to scan a network for potentially vulnerable Microsoft Exchange servers.
Given the severity of the flaws, it’s no surprise that patches have been rolled out a week ahead of the company’s Patch Tuesday schedule, which is typically reserved for the second Tuesday of each month. Customers using a vulnerable version of Exchange Server are recommended to install the updates immediately to thwart these attacks.
“Even though we’ve worked quickly to deploy an update for the Hafnium exploits, we know that many nation-state actors and criminal groups will move quickly to take advantage of any unpatched systems,” Microsoft’s Corporate Vice President of Customer Security, Tom Burt, said. “Promptly applying today’s patches is the best protection against this attack.