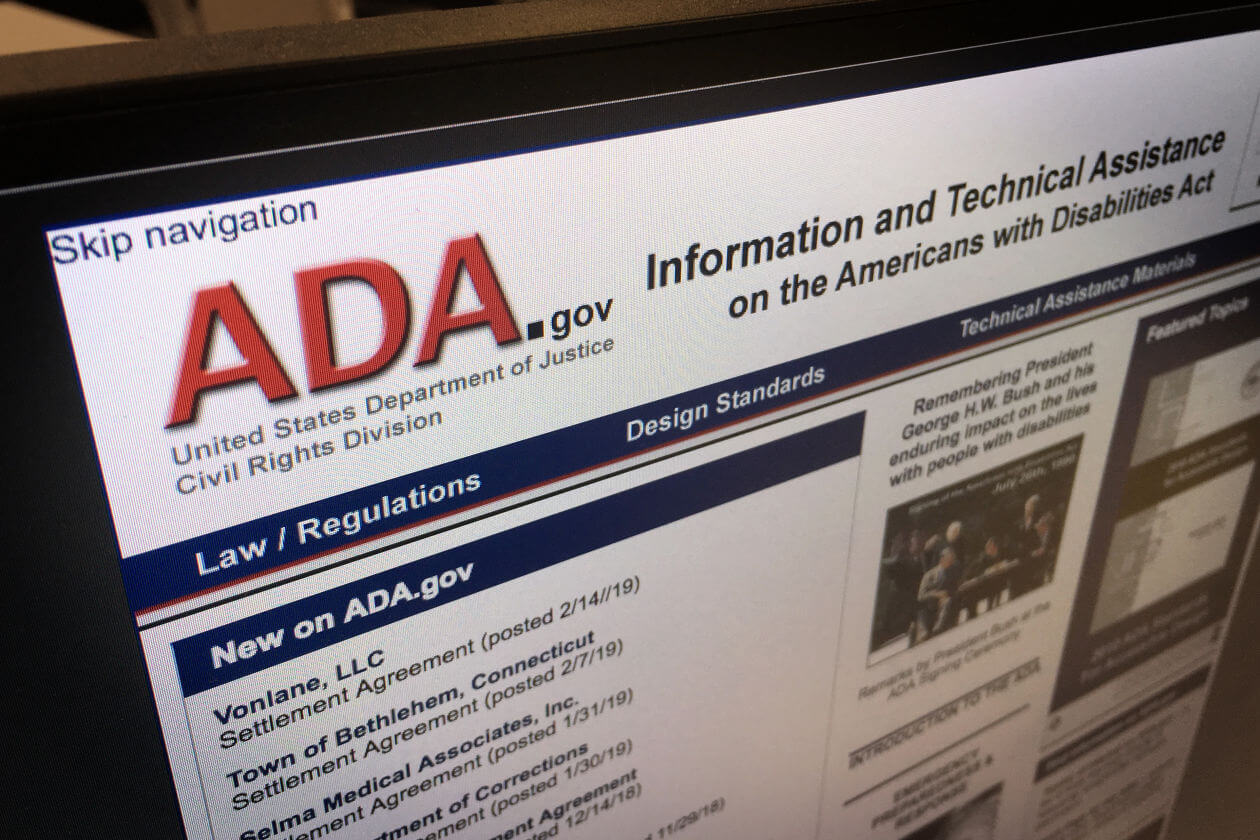 Businesses with websites that can’t be navigated by the blind are getting pummeled with lawsuits.

The new frontier in federal disability litigation has accelerated dramatically in recent years, with some companies now getting hit by lawsuits for the second or third time even after they’ve reached settlements to upgrade their sites.

The complaints typically detail roadblocks that visually impaired individuals face when using “screen reader” tools that read the contents of a website aloud. The lawsuits often seek improvements to websites to ensure the technology functions.

Companies say the suits—targeting restaurants and retail stores, art galleries and banks—are fueled by plaintiffs’ lawyers looking for an easy payday. Disabled consumers argue they deserve to be able to access the internet freely.

The number of website-access lawsuits filed in federal court reached 2,250 in 2018, almost three times the 814 filed in 2017, according to law firm Seyfarth Shaw LLP. Most of the cases have been filed in New York and Florida, the firm’s data shows, though a recent appellate decision is likely to prompt more action in California.

Navigating the internet can be a frustrating experience for the visually impaired. Joseph DiNero, an assistive technology specialist with Helen Keller Services for the Blind, said when he tries to use websites and mobile apps, it sometimes feels like “I’m penalized because I’m blind.”

On an inaccessible site, screen readers can’t properly translate the content. They get stuck, simply saying “image” instead of describing it, or not saying which information should be typed into blank fields on an ordering page.

Defense lawyers say their clients aren’t trying to exclude the visually impaired, but rather that the federal Americans With Disabilities Act isn’t clear on whether and how websites should comply with the law.

The ADA prohibits discrimination against the disabled in all places of public accommodation, which most courts have interpreted to include websites connected to a physical business.

Plaintiffs’ lawyers and courts say that argument is a poor excuse.

In a closely watched ruling, the Ninth U.S. Circuit Court of Appeals recently sided with a blind man who sued Domino’s Pizza in 2016 after he was unable to order customized pizzas from the restaurant’s website. The court said the federal disability law unequivocally applies to the pizza chain’s website and mobile app.

Domino’s “has received fair notice” of the need for its technology to be accessible, the court said, adding that, “Our Constitution does not require that Congress or DOJ spell out exactly how Domino’s should fulfill this obligation.”

Most website-access lawsuits settle, lawyers involved say—often for $20,000 or less in attorney fees and costs, plus an agreement to improve websites within two years. Overhauling a website to make it work seamlessly with screen readers can cost from several thousand to several hundred thousand dollars, depending on the complexity.

“There’s no excuse for companies today not to have fixed and remediated their websites,” said Jeffrey Gottlieb, a New York attorney who has filed hundreds of ADA website cases. “I find only a lawsuit pushes them to do it.”

Florida defense lawyer Anastasia Protopapadakis says her clients usually don’t resist updating their websites. But when they get hit with a complaint, she said, “a lot of them feel this is just a method of legal extortion.”

An analysis by UsableNet, a provider of accessibility technology and services, found that 20% of the website lawsuits filed in 2018 were against companies that had already been sued.

Retailers including Prada USA Corp., the Sherwin-Williams Co. , Michael Kors Retail Inc. and Forever 21 Inc. all have been sued multiple times, court filings show. So has restaurant chain Applebee’s and financial company PNC Financial Services . The companies either declined to comment or didn’t respond to requests for comment.
By
Sara Randazzo