Home Security – The Cost of Keeping Your Home Safe 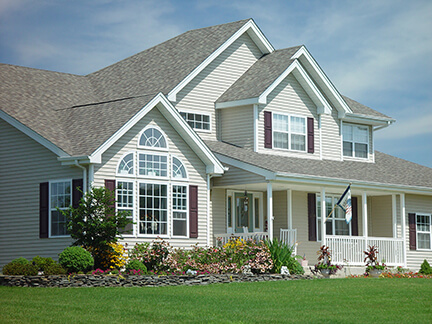 A hundred years ago, people were worried about home security, just like today. “Perhaps a burglar or a fire has not invaded your home, but if they should, they would get all of your money and valuables,” warned a 1913 newspaper ad, touting the benefits of using the Merchants & Farmers Bank in Spartanburg, S.C. What has changed over the last 100 years, of course, is how people protect their homes. If you’re wondering what’s out there and available, and how much these options cost, here’s a sampling of what protections you may want to try.

If you’re a traditionalist. You can always get a gun and a watch dog. You can buy a gun (not necessarily a good one) for less than $100, but it’s more likely you’ll shell out several hundred dollars. The average annual cost of a large dog just in the first year alone is $1,843, according to the animal welfare organization ASPCA.

Something else to think about. But why spend all of that money and risk a tragic gun accident? You could just look like you own a gun, or lots of them, and instead buy a yard sign that alerts visitors that you have weaponry waiting for burglars – CafePress.com has signs for $19.50. For instance, one reads: “Nothing Inside Worth Dying For – We embrace the Second Amendment!”

As for a dog, if you just want a guard and not a furry companion, you could buy something like the Home Safe EWD-1 Electronic Watchdog, by Safety Technology International, which sells for about $80 on Amazon. When an intruder crosses the electronic radar waves, the alarm starts barking – which should send any criminal scurrying for safety.

You could get a home security system. If you’ve been thinking about getting one, you aren’t alone. Chad Laurens, the CEO of SimpliSafe, a company based in Cambridge, Mass., which sells wireless home security systems, says in the aftermath of the school shooting in Newtown, Conn. last December, his security system sales spiked 60 percent higher than normal.

Overall, Americans spent about $20.64 billion on home security systems in 2011, the most recent figures available, according to the business research firm MarketsandMarkets. And the industry is expected to continue to grow to $34.46 billion by 2017.

As for how much of those billions you’re likely to pay? Most companies will offer installation specials as low as $99, but start-up costs for all the equipment could run between $600 to $1,200 says Robert Siciliano, a Boston-based personal security consultant and spokesperson for BestHomeSecurityCompanys.com, a home security review. After buying the security system equipment, you’ll have to pay for monthly monitoring, which can run from $15 to $100, but the average price is $30. Most home security systems require one to three-year contracts, although some companies, like SimpliSafe, don’t require any.

“Just make sure you always keep your alarm on. Always,” Siciliano stresses. “When you are home, away, during the day and night. Otherwise, what’s the point?”

On the plus side, you may save money on your insurance by buying a home security system; some industry experts say you’ll save anywhere from 20 to 45 percent.

Something else to think about. If a home security system is outside of your budget, there are outdoor fake security cameras that look like real ones with blinking lights. Loftek and UniquExceptional are two companies that make them, and the cameras usually cost less than 10 bucks.