Drones have a place in security 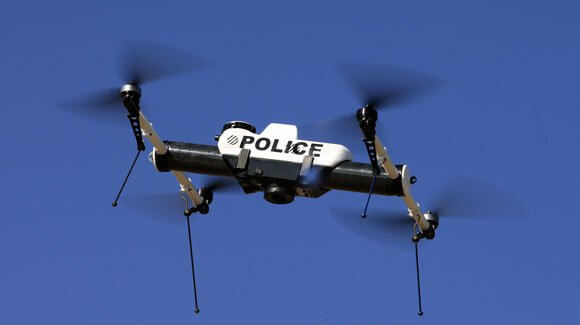 Drones have applications in physical security, according to 76 percent of respondents to Security Systems News’ latest poll. In fact, about half of poll respondents said they are working with drones already.

“Drones fill a gap in surveillance for complex environments or where … security provisions are [not] available,” wrote Ryan Taylor, principal of Trusys, a security consulting firm.

“There is a place for them, but the technology and legislation around their use have a ways to go. I do not see them replacing traditional methods of protecting sites, but they could be used to augment security operations,” said Taylor.

Twenty-one percent say drone usefulness in security remains to be seen. Three percent of respondents said drones are fun, not for security.

Asked about their opinion of drones, 24 percent described themselves as “drone enthusiasts.”

“I’m already testing drones for use by our security department,” said Michael Gonzalez, senior physical security IT systems administrator at Hawaiian Electric Company, and an SSN “20 under 40” End User award winner this year. “Several other departments within my company are testing them for their own use as well. It isn’t going away any time soon, especially over here.”

Respondents shared ideas about how drones could be used in physical security.

AJ Hunter, project coordinator for security operations for the Albright-Knox Art Gallery in Buffalo, N.Y., said drones would be good for “patrolling and monitoring areas not suitable for humans, applications of facial recognition software and other analytics to provide a level of access control, and transportation of keys and/or key cards are just a few ideas involving the use of drones.”

“I can see them replacing a guard tour. Also, I could see them having applications for a campus security environment,” said another reader.

Seventy-one percent said they are looking drones’ usefulness and whether they could be good for business.

Five percent of respondents said drones are a fad.

Several respondents said that drones have to overcome specific difficulties. “[We] have not used them yet, but I believe they can respond quickly to provide video from an event. We need to develop [drones’] storage and charging facilities,” Patrick Mahoney, CannonDesign technology architect, said.

Ron Petrarca, director of operations at Electronix Systems said, “Some applications are being discussed. What happens depends on how much the government will regulate the use of drones in the commercial sector.”

“I can see a ton of applications, especially once the limitation of battery life and government regulations are worked out,” said another respondent.

If drones enter the security market, they’ll be a small segment, according to 26 percent. “Patrolling is still a big part of security and this could pique the interest of a couple niches,” said one reader.

It’s too soon to tell if drones will enter the market, said 27 percent.

One reader expressed concern about widespread drone applications. “I believe drones are a serious invasion of privacy.”