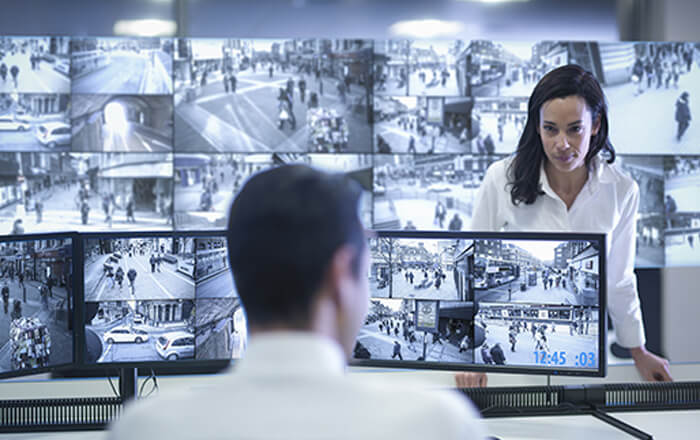 Malware And Malicious Insiders Accounted For One-Third Of All Cybercrime Costs Last Year, According To Report From Accenture And Ponemon Institute.

The cost to companies from malware and “malicious insider”-related cyberattacks jumped 12 percent in 2018 and accounted for one-third of all cyberattack costs, according to new research published today by Accenture (NYSE: ACN) and the Ponemon Institute.

Based on interviews with more than 2,600 security and information technology (IT) professionals at 355 organisations worldwide, Accenture’s 2019 “Cost of Cybercrime Study” found that the cost to companies due to malware increased 11 percent, to more than US$2.6 million per company, on average, and the cost due to malicious insiders — defined as employees, temporary staff, contractors and business partners — jumped 15 percent, to US$1.6 million per organisation, on average.

Together these two types of cyberattacks accounted for one-third of the total US$13.0 million cost to companies, on average, from cybercrime in 2018, an increase of US$1.3 million in the past year. Similarly, the cost to companies from phishing and from social engineering increased to US$1.4 million per organisation, on average.

The study calculated cybercrime costs as what an organisation spends to discover, investigate, contain and recover from cyberattacks over a four-consecutive-week period, as well as expenditures that result in after-the-fact activities — i.e., incident-response activities designed to prevent similar attacks — and efforts to reduce business disruption and the loss of customers.

“From people to data to technologies, every aspect of a business invites risk and too often security teams are not closely involved with securing new innovations,” said Kelly Bissell, senior managing director of Accenture Security. “This siloed approach is bad for business and can result in poor accountability across the organisation, as well as a sense that security isn’t everyone’s responsibility. Our study makes it clear that it’s time for a more holistic, proactive and preventative approach to cyber risk management involving full business engagement across the entire ecosystem of partners.”

Other notable findings of the study include:

In 2018, surveyed companies each recorded an average of 145 cyberattacks — resulting in the infiltration of a company’s core networks or enterprise systems — an 11 percent increase over 2017 and 67 percent higher than five years ago.
Malware is the most expensive type of attack, costing companies US$2.6 million, on average, followed by web-based attacks, at US$2.3 million.
The number of organisations experiencing ransomware attacks increased by 15 percent in 2018, with the costs increasing 21 percent, to approximately US$650,000 per company, on average. The number of ransomware attacks more than tripled in the past two years.
Six in seven companies (85 percent) experienced phishing and social engineering cyberattacks in 2018 — a 16 percent increase over 2017 — and three-quarters (76 percent) suffered web-based attacks.
Automation, orchestration and machine-learning technologies were deployed by only 28 percent of organisations — the lowest of the technologies surveyed — yet provided the second-highest cost savings for security technologies overall, at US$2.9 million.

Companies in the United States experienced the greatest increase in costs due to cybercrime in 2018, at 29 percent, with a cost of US$27.4 million per company, on average — at least double that of companies in any other country surveyed. Japan was the next highest, at US$13.6 million, followed by Germany, at US$13.1 million, and the U.K., at US$11.5 million. The countries with the lowest total average costs per company were Brazil and Australia, at US$7.2 million and US$6.8 million, respectively.

“Increased awareness of people-based threats and adopting breakthrough security technologies are the best way to protect against the range of cyber risks,” said Dr. Larry Ponemon, chairman and founder of the Ponemon Institute. “Our report not only illustrates our joint commitment with Accenture to keep security professionals informed about the nature and extent of cyberattacks, but also offers practical advice for companies to improve cybersecurity efforts going forward.”

Methodology
The study, conducted by the Ponemon Institute on behalf of Accenture, analyses a variety of costs associated with cyberattacks to IT infrastructure, economic cyber espionage, business disruption, ex-filtration of intellectual property and revenue losses. Data was collected from 2,647 interviews conducted over a seven-month period from a benchmark sample of 355 organisations in 11 countries: Australia, Brazil, Canada, France, Germany, Italy Japan, Singapore, Spain, the United Kingdom and the United States. The study represents the annualised cost of all cybercrime events and exploits experienced over a one-year period from 2017 to 2018. These include costs to detect, recover, investigate and manage the incident response. Also covered are costs that result in after-the-fact activities and efforts to contain additional expenses from business disruption and the loss of customers.

About Accenture
Accenture is a leading global professional services company, providing a broad range of services and solutions in strategy, consulting, digital, technology and operations. Combining unmatched experience and specialised skills across more than 40 industries and all business functions — underpinned by the world’s largest delivery network Accenture works at the intersection of business and technology to help clients improve their performance and create sustainable value for their stakeholders. With 469,000 people serving clients in more than 120 countries, Accenture drives innovation to improve the way the world works and lives. Visit us at www.accenture.com.

Accenture Security helps organisations build resilience from the inside out, so they can confidently focus on innovation and growth. Leveraging its global network of cybersecurity labs, deep industry understanding across client value chains and services that span the security lifecycle, Accenture protects organisations’ valuable assets, end-to-end. With services that include strategy and risk management, cyber defense, digital identity, application security and managed security, Accenture enables businesses around the world to defend against known sophisticated threats, and the unknown. Follow us @AccentureSecure on Twitter or visit us at www.accenture.com/security.