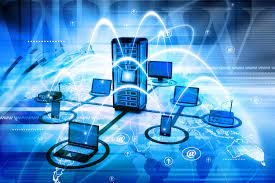 What Is a Computer Network?

A computer network is nothing but some rules and regulations used to connect computers together. These computers may have at a small distance or large distance. Basically, a computer network is all of the components (Hardware, Cabling, Network Devices and Software) which are involved in connecting computers. The purpose of a computer network is to provide easy access to information or resources so that productivity of network users is increased significantly.

Elements of a Computer Network

Common Physical Components of a Network

If we build up a computer network, we can get the following advantages with this network.

What a Network or Internet Can Do For Us?

There are a lot of thing that a network or internet can do for us. Actually, in present world a man cannot go a single day without internet. The advantages of computer network cannot explain within a few words. However, I am giving some examples of internet usage in our daily life.

According to the representation of a network, a computer network can be categorized into four types.

LAN stands for local area network. So, if networking devices are connected within a very close geographic area such a floor of a building, a building itself or a campus environment, it is known as LAN. As LAN covers a small geographic area, there may have a few switches, access points and one or two routers. In a LAN, the end devices and network resources remain private and secure from public. With LAN, computers are able to share files, printers and servers.

WAN stands for wide area network. WAN is used to connect LANs together. Typically, WANs are used when the LANs which will be connected are separated by a large distance. In a WAN, the network resources remain public and can be accessed by any computer. A lot of routers as well as other network devices work together in a WAN.

MAN stands for metropolitan area network. It is a hybrid network between a LAN and a WAN. In a MAN, multiple LANs are available but they are not placed long distance. Also, at least on WAN connection is present. Easy example of a MAN is an ISP network.

SAN stands for storage area network. It provides a high-speed infrastructure to move data between storage devices and physical servers. In a SAN, the storage provides virtual HDD to servers and servers reads and writes to this disk through this network.

An intranet is basically a network that is local to a company. In other words, users from within this company can find all of their resources without having to go outside of the company. An intranet can include LANs, private WANs and MANs.

An extranet is actually an extended intranet network. In an extranet, certain internal services are made available to known external users or external business partners at remote locations.

An internet is used when unknown external users need to access internal resources in your network. In other words, your company might have a website that sells various products and you want any external users to be able to access this service.

In a computer network, host is a device that is connected to a network and sends or receives information on that network. A host can be a server, a workstation, a network printer or any network device such as router or switch.

The server is a special type of computer that contains more than one CPU sockets and multiple cores, more physical memory than a personal computer and huge disk space. The server has special operating system installed that allows it to function as a server. In a computer network, a server is always ready to provide any network service to the network client.

The workstation is also known as a client which is just a basic computer. The workstation runs a client operating system such as Windows 7 or Linux. In a computer network, a workstation always takes services from a network server.

Some basic networking terms those are always used in a computer network has been explained in this article. These terms should always have under better understanding to be an expert network administrator. I hope you have read the above networking terms carefully and understood properly. However, if you face any confusion about any networking terms, feel free to discuss in comment or contact with from Contact page. I will try my best to stay with you.