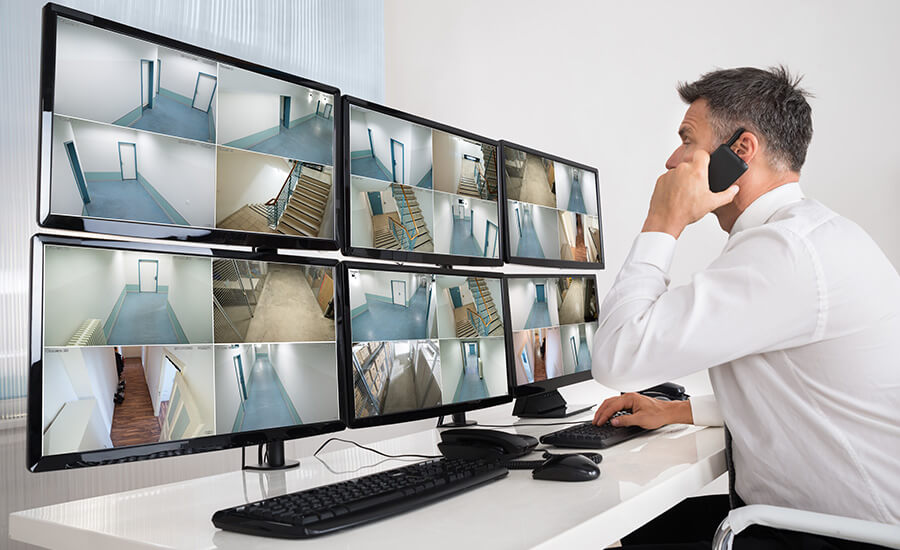 Ecommerce retailers face many challenges as consumers become more dependent on the convenience of online purchasing. Beyond the mere logistical challenge of effectively managing an e-commerce transaction, retailers are also challenged with the increased number of package theft which hits their bottom-line. Current home security solutions are missing that delicate dance between effective solutions and convenience.

In the public domain, there is empirical evidence that CCTV surveillance systems are effective in reducing the instances of theft where cameras are placed. However, there is debate over the impact these systems have at reducing overall theft. Simply put, criminals continue to commit unlawful acts, just outside of the camera view. When it comes to home surveillance, the proliferation of easy-to-install, DIY cameras and surveillance systems would suggest that they are effective in deterring theft. However, if this is the case, then why do we still lock our doors and windows when we leave our homes? Maybe it has something to do with the nuances in video surveillance – sometimes appearing active, while mostly acting as passive security. For the average homeowner, home surveillance solutions, methods and technologies fall into the category of passive security.

Most of us know that the term “security” is fairly broad, with surveillance being no exception. Video surveillance cameras consistently fall into the category of security, yet they are disproportionate to what security actually means – which is freedom from danger, risk and fear. Video surveillance presents a sense of security, but passive functionality means that crimes can and still do occur in plain view of cameras. This is not a claim that home surveillance is not effective, but rather a reinforcement that we need collective measurements of active security in order to take us closer to the freedom and peace of mind we all desire.

It is unrealistic to assume that everyone who is worried about their security has the means to afford or equip their homes with traditional notions of active security, such as privately contracted security guards. However, there are other active security measures individuals can take to experience peace of mind in the home. Active security expands far beyond the scope of security guards. Active security is discriminant. It allows approved activity based on user, time, and even frequency. This form of security is a closed loop system that is “actively” providing real-time feedback and alerts for an intrusion. With that being said, there are cases to be made for an active form of video surveillance. This is because it can perform active security so long as it has a process for monitoring. However, if there is no dedicated person assigned to actively watch the surveillance, then the monitoring is rendered useless.