Biometric – MasterCard Will Put Selfies to Work for Authentication 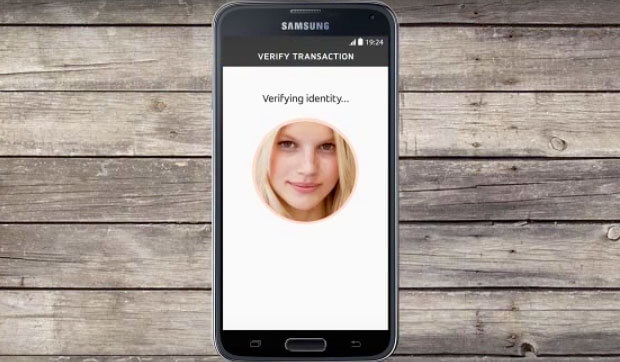 MasterCard on Monday announced facial recognition and fingerprint technology that essentially would allow customers to take selfies to help authenticate their identity when engaged in mobile shopping.

The rollout, which is planned for this summer in the U.S., Canada and part of Europe, follows a pilot of biometrics by MasterCard and International Card Services with Dutch participants.

The 750 ABN AMRO cardholders who took part in the pilot were able to complete their purchases without PIN codes, passwords or confirmation codes, MasterCard said.

The company is looking into integrating the technology into apps for banking and technology companies to make it easier to use a selfie or fingerprint for authentication.

The announcement comes days after HSBC launched a biometric rollout designed to offer a higher level of mobile protection to 15 million customers in the U.K. by the summer.

The system will allow customers to access their mobile app and telephone banking accounts through voice and fingerprint technology.

It will be expanded to the U.S., France, Canada, Mexico and Hong Kong once those governments provide regulatory approvals for the system.

Under that program, employees of the credit union used artificial money and biometrics to test whether cardholders can be authenticated using fingerprint scans on smartphones or facial photographs.

The program was scheduled to run in September and October with more than 200 credit union employees. Participants made virtual donations to the Children’s Miracle Network Hospitals, with facial recognition and fingerprints authenticating their identity.

MasterCard and First Tech introduced the concept for that biometrics pilot at the White House Cyber Security Summit last year.

Consumers will use the dual authentication system if they think it offers them more convenience, said Paul Teich, principal analyst at Tirias Research.

“I like the concept,” he told the E-Commerce Times. “If MasterCard can make it work quickly and unobtrusively at point of sale, then it should help drive mobile payments.”

Using two forms of authentication should drastically reduce false positives, where another person is confused with the consumer, and false negatives, where a person is unable to prove that he or she is the legitimate purchaser, Teich said.

The U.S. Global Entry system has been using a dual authentication system for about five years, he noted. Under the Customs and Border Protection program, people are authenticated using a combination of facial and fingerprint recognition and a passport optical scanner.

Financial institutions have faced challenges in the past over how to promote various payment options, while preserving security, said Charles King, principal analyst at Pund-IT.

“Traditional methods are not as successful as they might be, mainly because so many consumers opt for simplistic, easy-to-remember and -crack passwords,” he told the E-Commerce Times. “Given those challenges, MasterCard’s concept of using a selfie as a second authentication factor is highly intriguing.”

Biometrics “is a hot topic of discussion and demonstrations” at Mobile World Congress, said Susan Schreiner, an analyst at C4 Trends, who is attending the conference in Barcelona, Spain. Retina scans and fingerprint technology are “already here and working in smartphones like the iPhone.”

Mobile World Congress producer GSMA has been working with mobile operators on its Mobile Connect platform for mobile transaction authentication. “It’s simple and as easy as tying one’s mobile identity to one’s cellphone number,” she told the E-Commerce Times.

GSMA announced at the conference “that it had reached 2 billion users — and this is just the beginning,” Schreiner said. “As we look to simplify our digital lives, passwords will surely be replaced by the next great app.”