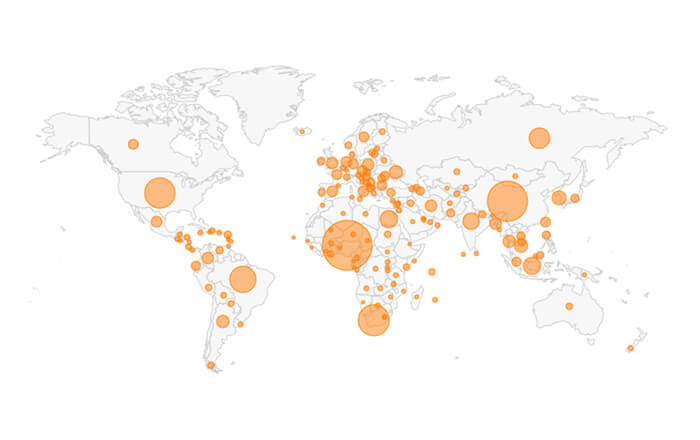 Proofpoint, Inc., a leading cybersecurity and compliance company, today released its Cloud Application Attack Snapshot: Q1 2019 research, which examined over one hundred thousand cloud application attacks aimed at global organizations between September 2018 and February 2019. Overall, targeting attempts increased by 65 percent during that time period with 40 percent originating in Nigeria. China was the second most prevalent country of origin, with 26 percent of attacks originating from Chinese IP addresses.

“As organizations continue to move their mission-critical business functions to the cloud, cybercriminals are taking advantage of legacy protocols that leave individuals vulnerable when using cloud applications,” said Ryan Kalember, executive vice president of Cybersecurity Strategy for Proofpoint. “These attacks are laser-focused on specific individuals, rather than infrastructure, and continue to grow in sophistication and scope. As a best practice, we recommend that organizations establish a cloud-first approach to security that prioritizes protecting employees and educates users to identify and report these advanced techniques and methods.”

Proofpoint found that the education sector was the most targeted of both brute-force and sophisticated phishing attempts. This industry, and students especially, are highly vulnerable due to their remote nature.

· IMAP-based password spraying attacks are the most popular and extensive technique used to compromise Microsoft Office 365 accounts. These attacks occur when cybercriminals attempt common or recently leaked credentials across many different accounts at the same time.

· Over 25 percent of examined Office 365 tenants experienced unauthorized logins and over 60 percent were actively targeted. Overall, the success ratio in Q1 2019 was 44 percent.