6 Things Millennials Need to Know About the Modern Workplace 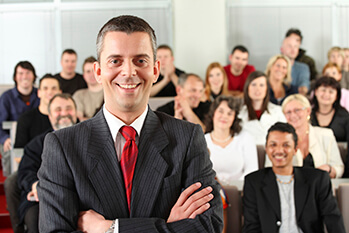 Millennials are much maligned by older workers and often unfairly so.  The young people entering the workplace today bring with them much needed youthful energy and tech savvy. Despite this, the older workers do have a point when they accuse the recent grads of having something of an unrealistic expectation of the modern workplace. So at the risk of sounding like another crotchety old man, railing against the inadequacies of youth, as graduation season has finally arrived I would like to offer the millennials entering the professional work world (many for the first time) the following advice, and no it won’t involve wearing sunscreen:

Work, especially entry level work, usually isn’t fun. As you dream about the nap pods of Google and the snack crammed refrigerators of the dot-coms, recognize by most of corporate America, is not as hip or enlightened as these few outliers. While few companies want you to hate your job, not many are going to take pains to get you to love it. As I always have told people who grouse about their jobs “if it’s fun they charge admission, but they have to pay you to show up here.”

You won’t be an executive in four years. I have had several jobs where I was in charge of what we called “college grads in training” and these young people’s expectations of upward mobility were almost comical.  One day, after listening to a young woman complain bitterly that she had worked at the company for over a year and still had not been promoted; I took her on a tour of “Cubeville”.  Cubeville was an open-area filled with 50-some cubes where men and women approaching retirement age did engineering, accounting, purchasing, and sundry other tasks associated with the business. I explained to this young malcontent that most of these people had 15 to 30 years seniority and had never been promoted.  If you want rapid advancement you had better be prepared to work harder, better, and faster not only than you ever had but also than the others vying for that same promotion.

Companies don’t necessarily expect loyalty but they do expect integrity. This particular tip applies to just about any age group. People bemoan the loss of mutual loyalty between the company and its employees and sometimes this attitude manifests in a kind of lazy malaise where workers do less than satisfactory work because the company doesn’t “value” them. At the end of the day companies still expect a fair day’s work for a fair day’s pay and ethics would seem to dictate that while at work you at least spend more time working on the things you are paid to do than you do posting on Facebook.

4. Work cuts into your social time.

Work will cut into your social life. Requests to leave early because you have a concert to go to, pick up your college buddy from the airport, or for some other social engagement grow tiresome quickly and not just for your boss but also for your coworkers.  Unless you are independently wealthy you can expect that you will have to choose between a social event and having to work late from time to time.

This job is not beneath you. The idea that some tasks are beneath you is an affliction of both the young and the over-educated, and unfortunately, the millennials tend to be both. I can recall a co-worker complaining that he didn’t get a Master’s degree to stuff binders as I secretly calculated the obscene amount of work I was being paid to do even though an elementary school kid could have not only done the job but most probably have done it better. In a world where credential inflation has created a hyper-educated workforce there are still menial jobs that need to be done and sorry kids, it will probably fall on you to do them.

Don’t expect praise for C-work. There are no participation ribbons for you in corporate America and no great accolades for lukewarm performance. Oh, and don’t be surprised when you get a “three” on your performance review; it means you get to keep your job. You see it works like this: your performance is judged by how you compare to your boss’s expectations of you. You will likely get fired before you get a “one” on your performance review, and few bosses have the courage to rate someone a “five,” so that leaves your score somewhere between a “two” (working below expectations) and a “four” (working above expectations).  Expect a lot of twos; it means that you have areas where you need training and coaching. Oh, and as you get better, your boss’s expectations get higher so once you’ve finally earned that “three” you will have to work even harder to keep it next year.