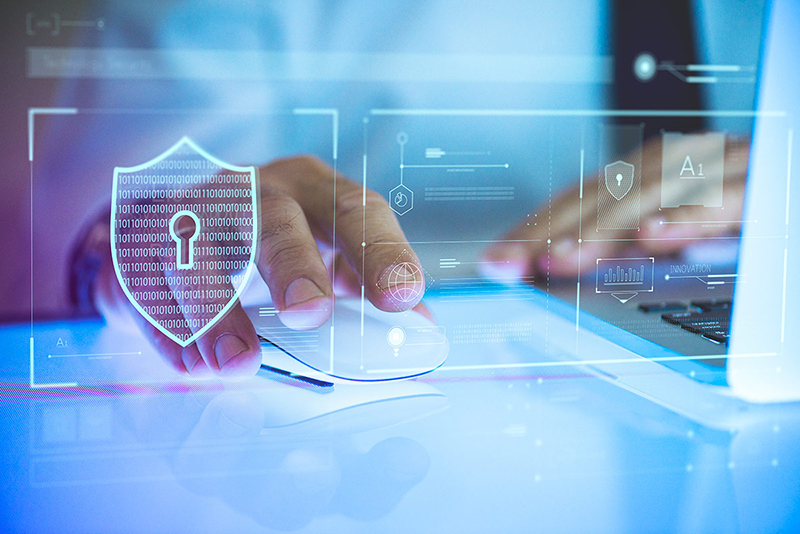 Cybercrime is the New Threat that Terrorizes Nations

In terms of national security, physical terrorism still remains the top concern for nations across the globe. However, the times are changing rapidly, and not for good though! Terrifying as it may sound, the United States has recently declared cyber attacks to be a greater threat to the country than terrorism. And, when one of the most powerful nations in the world expresses such concerns, one can well imagine the vulnerability of small businesses and developing nations to cyber attacks!

In fact, US Homeland Security Chief, Kirstjen Nielsen, believes that the next 9/11 attack is likely to happen online rather than in the physical world. However, it’s unfortunate that few governments and public enterprises are still not taking cyber threats as seriously as they should.

The Need to Adopt the Latest Cyber Security Technologies

There’s a lot of buzz around cyber attacks in the last couple of years. Does that mean the cybercrimes never existed in the past? Well, they did! Just that the impact was not as severe and large scale. The recent spate of cyber attacks such as WannaCry and NotPetya reaffixed the global attention on the cybercrimes.

Recognizing and deploying advanced cyber security strategies to combat threats is the need of the hour. Here’s why one NEEDS to acknowledge cybercrimes, treat them seriously and have preventive measures in place.

1. The Targets of Attack are Changing

Gone are the days when the targets of cybercrimes would be petty in nature. A cybercrime’s prime objective is no longer just vengeance, quick money or extracting confidential details. It has transcended to bigger targets and more sinister motives, more commonly known as cyber warfare. All critical infrastructures, at present, such as utility services, nuclear power plants, healthcare facilities, airports, etc. are connected to a network. By 2030, there would be nearly 30 billion connected devices! So, how many more targets are we creating for cybercrime masterminds to exploit? Mull over it!

Cyber criminals are getting more advanced and sinister by the day. And, don’t you think it’s that easy to get the better of black-hat hackers! Hackers have the same technical prowess as a top computer science professional. And as technologies to keep cyber threats at bay advance, so do the methods of attack! Skilled black-hat hackers are growing in numbers, and so are sophisticated tools in the dark and deep web.

3. The Aftermath is Grave

As mentioned earlier, all critical infrastructures are now connected to a worldwide network. In fact, all companies have their business-critical data recorded in digital format and are hence greatly dependent on their systems and networks. In such circumstances, even a small attack on the network or system can have a cascading effect on their operations. Failure to secure such critical networks from potential cyber attacks can endanger credibility, sales, profits, and sometimes, even national security!

4. Critical Shift in the Nature of Cyber Attacks

Imagine what would happen if one manages to hack a power grid or any other public utility infrastructure? Public inconvenience, lost revenues, reputational damage, regulatory penalties, and a whopping expense in restoring operations and improving cyber security measures. The impacts of an attack are no longer restricted to individuals but span across global economic and political systems.

Cyber warfare continues to gain heat with newer technologies available to break into systems and networks. There have been many cases of attack on critical infrastructures such as healthcare, water systems, and power grids. On a smaller scale, there has been a spurt in ransomware and malware attacks on enterprise networks.

Artificial Intelligence is quite a buzzword these days. Ever wondered how one can apply AI to cyber security? Well, the application is in a way similar to the working of two-factor authentication.

Two-factor authentication works by confirming a user’s identity based on 2-3 different parameters. The parameters being, something they know, are and have. Add to that additional layers of information and authentication, and that is where AI comes into the picture. Deep learning is being used to analyze data such as logs, transaction and real-time communications to detect threats or unwarranted activities.

With the whole Facebook Data Breach fray, one is well aware of the use of data mining for behavior analysis. This technique is widely to target social media and online advertisements to the right set of audience. Interestingly, behavior analytics is being increasingly explored to develop advanced cyber security technologies.

Behavioral analytics helps determine patterns on a system and network activities to detect potential and real-time cyber threats. For instance, an abnormal increase in data transmission from a certain user device could indicate a possible cyber security issue. While behavioral analytics is mostly used for networks, its application in systems and user devices has witnessed an upsurge.

A PIN and password are no longer adequate to offer foolproof protection to hardware. Embedded authenticators are emerging technologies to verify a user’s identity.

Intel has initiated a major breakthrough in this domain by introducing Sixth-generation vPro Chips. These powerful user authentication chips are embedded into the hardware itself. Designed to revolutionize ‘authentication security’, these employ multiple levels and methods of authentication working in tandem.

Every member in a blockchain is responsible for verifying the authenticity of the data added. Moreover, blockchains create a near-impenetrable network for hackers and are our best bet at present to safeguard data from a compromise. Therefore, the use of blockchain with Artificial Intelligence can establish a robust verification system to keep potential cyber threats at bay.

As the name itself states, this model of cyber security is based on a consideration that a network is already compromised. By believing that one cannot trust the network, one would obviously have to enhance both ‘internal’ and ‘external’ securities.

The crux here is that both internal and external networks are susceptible to a compromise and need equal protection. It includes identifying business-critical data, mapping the flow of this data, logical and physical segmentation, and policy and control enforcement through automation and constant monitoring.